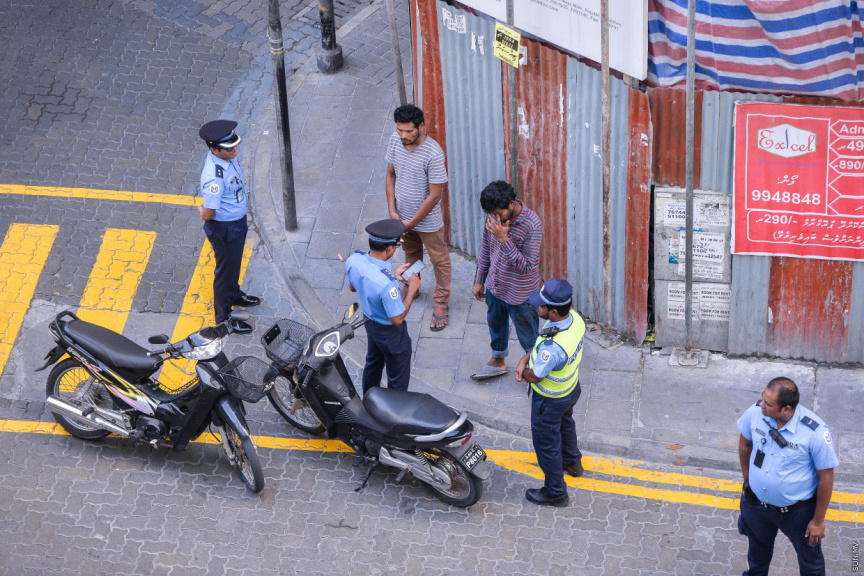 National Emergency Operations Center, on Tuesday, announced that three homeless Bangladeshi workers who were rescued from the streets following the lockdown on Male’ had tested positive for COVID-19.

At the NEOC press briefing this afternoon, IGMH doctor Dr. Ibrahim Afzal said that three of new cases identified in Male’ (patients 76, 77 and 78) were undocumented workers from Bangladesh who had been housed at a temporary shelter.

“They were scheduled to be repatriated today. The three were identified when tested prior to the flight,” said Afzal, referring to the repatriation operation conducted by the Bangladeshi Air Force this morning.

He did not say whether the authorities had established a link between them and existing clusters in Male'.

68 Bangladeshi workers in Male’ were repatriated on board the Bangladeshi Air Force aircraft which had arrived in Maldives on Monday carrying Maldivian medical students stranded in Bangladesh and Nepal, along with a 10-member medical team from Bangladesh to support Maldives’ COVID-19 emergency response.

Total 83 people have tested positive for COVID-19 in Maldives, including 24 Bangladeshi workers.