Maldivian: Will resume domestic operations once lockdown is lifted 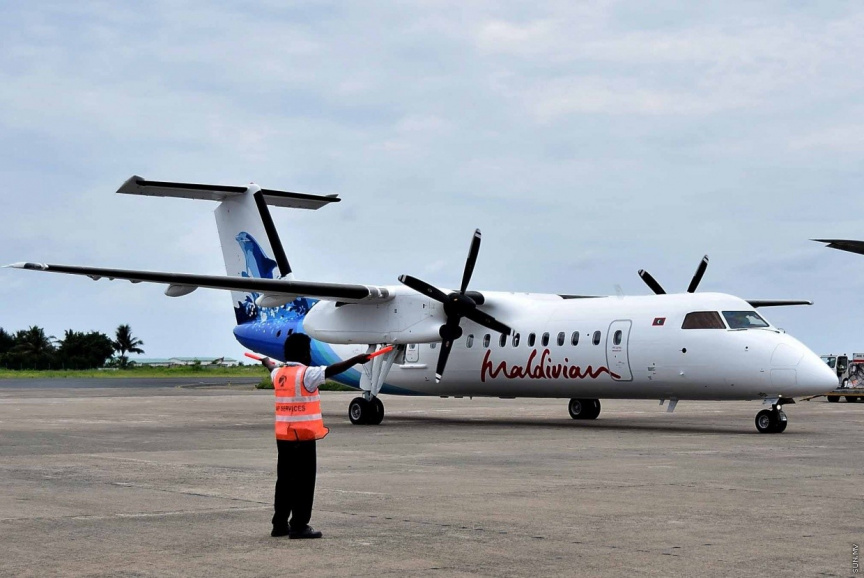 The national airline, Maldivian, on Thursday, announced its domestic operations will remain suspended for as long as the lockdown on Male’ remains in place.

The airline had suspended its domestic operations on Wednesday, with a 24-hour lockdown on Male’ and suburban Hulhumale’ and Vilimale’ which took effect at 3:30 pm.

The lockdown has now been extended for another 24-hour period, and the airline announced this Thursday afternoon that the suspension of its domestic operations will remain in place for as long as the lockdown remains in place.

The airline said it will resume its domestic operations once the lockdown is lifted.

Meanwhile, Manta Air has also announced the suspension of its chartered flight operations in light of the lockdown. It said it would resume its operations upon further instructions by HPA.

Domestic air travel has dropped drastically following the emergence of COVID-19 cases in Maldives. Only Maldivian had continued to operate scheduled flights, while Manta Air and FlyMe had operated only chartered flights – which have now come to a halt in light of the lockdown.

The populous Male’ City identified its first COVID-19 case on Wednesday; a patient with no recent travel history overseas nor contact with any other positive cases. Two others who had contact with the patient have since tested positive, including a toddler – a child of the first patient.