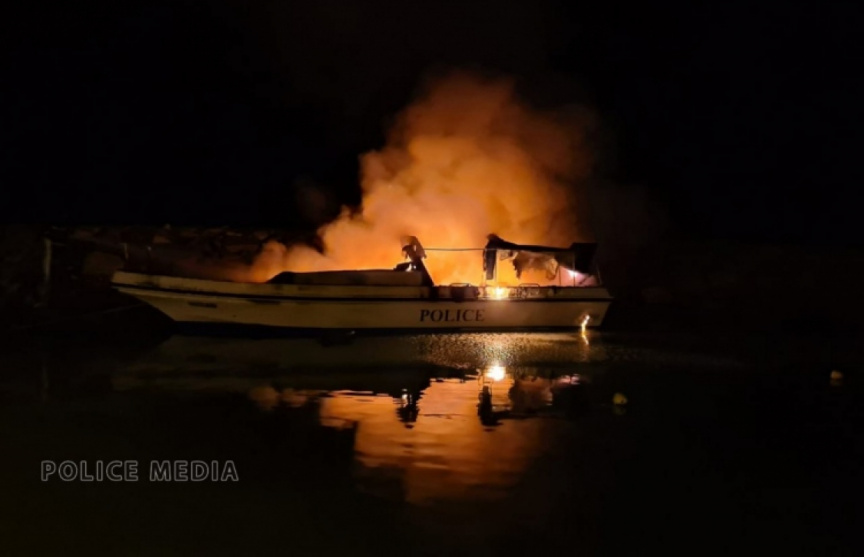 April 15, 2020: Police stated that a fire that left a police speedboat in L. Gan heavily damaged on March 22 was a deliberate act.

Maldives Police Service has stated that a fire incident in L. Atoll earlier this year was a deliberate act.

The incident saw a fire damage a police speedboat in L. Gan's Thundi ward on March 22. Commissioner of Police Mohamed Hameed. speaking in a news conference tonight, stated that the fire was an act of revenge regarding a drug case under investigation.

Some of the arson incidents that occurred in the country recently were carried out for different motives, said the Commissioner who added that the incident in Gan was one such instance.

"From the findings of our investigation so far, the act was conducted as a result of the enmity from criminals against the Police, in our fight against drugs, especially investigations of drug trafficking and networks." said the Commissioner.

The incident saw the police speedboat burn down completely. Police stated that no one was injured in the incident.

MNDF: Will not allow anyone to take advantage of virus