President emotionally pleads to the public for cooperation 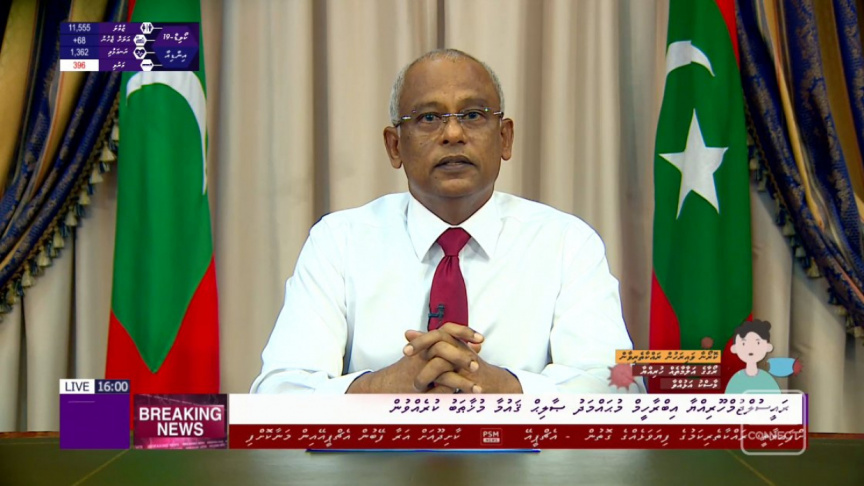 President Ibrahim Mohamed Solih is pictured addressing the nation. The president pleaded with the public to follow the instructions of the health professionals as the populous capital of Maldives, Male’ city confirmed the first case of Covid-19 on April 15, 2020.

President Ibrahim Mohamed Solih pleaded with the public to follow the instructions of the health professionals as the populous capital of Male’ city confirmed the first case of Covid-19.

The president also reassured that the country has enough food supplies for the situation and requested the public to remain patient.

Since one of the people in contact with the positive case had traveled to the island of Kaashidhoo, the island was in lockdown until contact tracing was completed, said the president.

President Solih stated that the government was fully prepared for such a situation since the first week of January.

Director General of Public Health, Maimoona Aboobakuru, had issued an order for a 24-hour lockdown on Male’ City, following the confirmation of the first case of Covid-19 in the capital. Movement of people to and from the capital has also been restricted.