Govt. calls on locals to remain abroad if not in a state of urgency 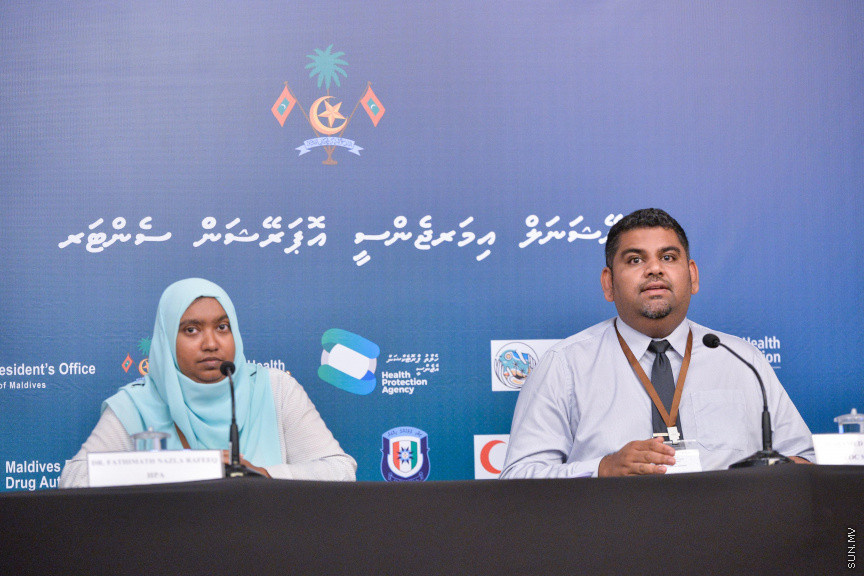 Government spokesperson Mabrouq Azeez has called on Maldivians abroad to stay at their current locations if they are not in a state of distress or urgency and allow those locals in emergency conditions abroad the opportunity to return back home.

Mabrouq was speaking at a press conference at the National Emergency Operations Center last night. Many Maldivians have been stranded abroad as countries across the globe implement restrictive measures on travel and movement of people as a precaution against the Covid-19 pandemic.

Speaking at the conference, Mabrouq said that it was impossible for the government to bring back everyone at the same time, and the capacity of the current quarantine facilities was also not enough to accommodate everyone. Mabrouq called on locals not in serious conditions to remain at their current locations and allow others in more severe situations the chance to be repatriated.

“If you are abroad, and do not necessarily have to return, (I request) to let go of the opportunity to return to those who do have to return. I know that everyone is faced with difficulties right now. However, the mindset right now should be, if there is another in a more severe situation, to allow them to come back home, and to wait at the current location. This is a very important thing to be done.” said Mabrouq.

The government has imposed a mandatory quarantine period of 14-days for all returnees. The Maldives currently has 12 such facilities capable of accommodating 1,140, which is the maximum capacity.

While there was no shortage of facilities, Mabrouq said that the country did not have enough doctors and nurses to operate in these facilities if the capacity was to be increased.

So far, five locals have tested positive for the virus from quarantine facilities. Noting this, Mabrouq said that “If we think about this, it is very clear that the five individuals could have been five separate clusters. Five cases of where the virus could have spread.”, before adding the importance of the 14-day quarantine period.