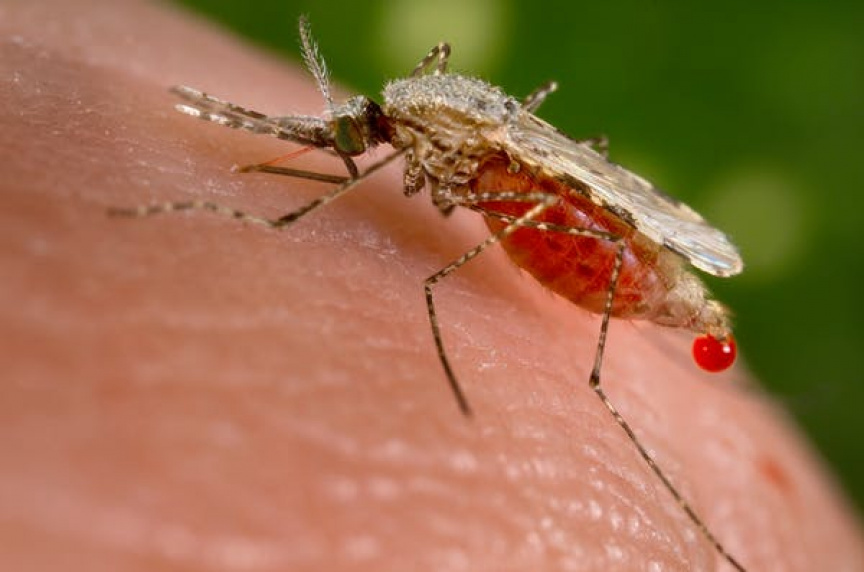 An Anopheles mosquito taking a blood meal from a human host. It is in the course of these blood meals that mosquitoes transmit malaria to humans. (File Photo/CDC)

Dengue cases reported in the Maldives have reduced when compared with previous years, Health Protection Agency (HPA) has announced.

the agency requested to maintain safety measures taken towards such disease despite a fall in the number of cases from diseases such as Chikungunya and Dengue transmitted via mosquitoes.

Diarrhea cases reported were also reduced with 1656 cases in February and 1214 cases in March.