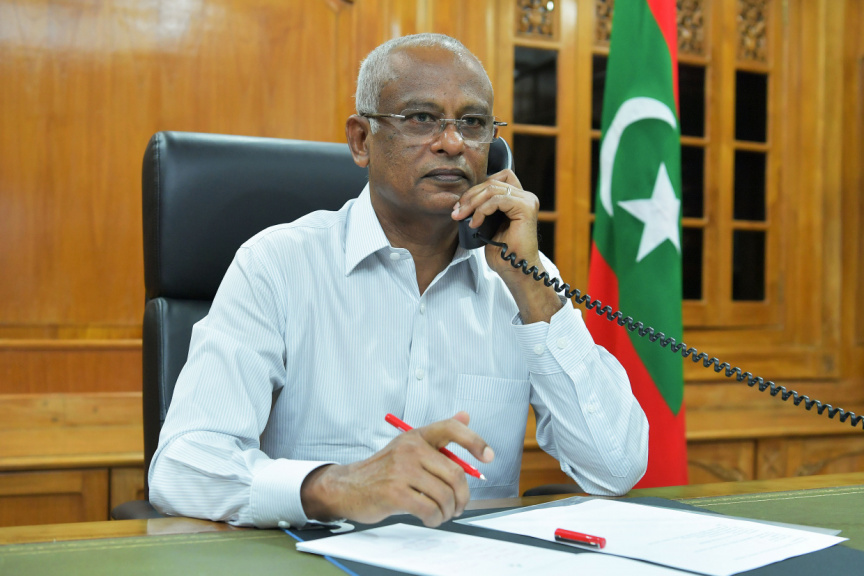 Johnson had been admitted to the St. Thomas’ Hospital in London on Sunday, ten days after he was diagnosed with COVID-19, the first major world leader to be confirmed to have the virus.

He was moved to the intensive care unit on Monday after his symptoms worsened.

His office has issued a statement saying that Johnson was conscious and did not require ventilation, but was moved into intensive care in case he needed it later.

Solih, in his message to Johnson, wished him a speedy recovery on behalf of himself, the Maldivian government, and the Maldivian people.

He concluded his message by reiterating his hope that the global efforts to curb the spread of COVID-19, both individual and collective, prove successful.