100 Maldivians in Sri Lanka evacuated due to virus fears 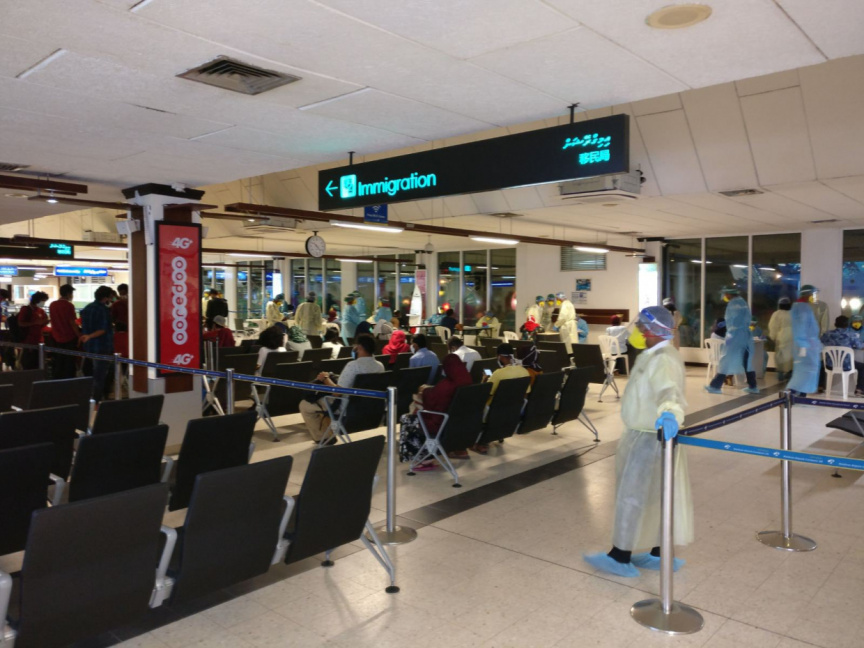 Photo shows some of the locals evacuated by the national airline Maldivian from Sri Lanka on April 5, 2020. 100 Maldivians who were stranded in the neighboring country of Sri Lanka were evacuated by Maldivian. (Photo/Maldivian)

National airline Maldivian has evacuated 100 Maldivians who were stranded in the neighboring country of Sri Lanka.

Island Aviation Service’s Public Relations Manager Moosa Waseem confirmed the news and stated that the Maldivians arrived back in the country around 21:45 last night.

Sri Lanka is home to a large Maldivian community and there are still a large number of locals who wish to return back to the Maldives due to the ongoing pandemic.

Maldivian is still working on evacuating others in the country. Maldivian does not operate in Sri Lanka.

The neighboring countries of India and Sri Lanka are both in lockdown after a spike in the number of Covid-19 cases. India has confirmed around 4000 cases while Sri Lanka has confirmed more than 150 cases of the virus. The Maldivian government has previously stated that the priority will be on evacuating locals in dire consequences.

An evacuation flight by Maldivian to Kochi, India will be held today and the airline stated that around 200 people will be brought back from India.