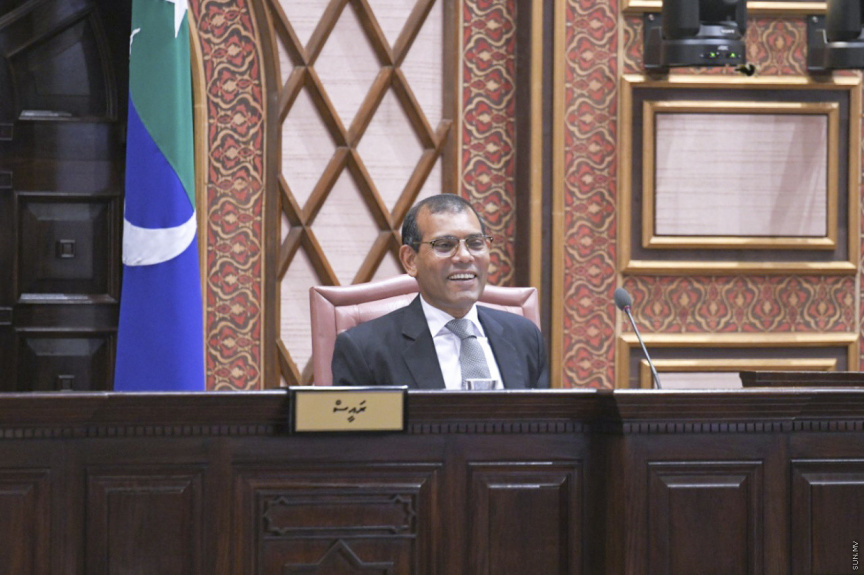 Parliament Speaker, President Nasheed, on Thursday, announced that he had tested negative for COVID-19.

He made the announcement during a press briefing at the Parliament this afternoon.

Nasheed had been tested for the disease on Wednesday, after Health Protection Agency (HPA) announced a change in its protocol to test all Maldivian nationals who had travelled back from the UK after March 14.

Nasheed had visited the UK from March 11 to 14 to celebrate his wedding anniversary with his family, who reside in the UK.

The change in protocol had been prompted by the four recent positive cases of COVID-19 in Maldives, all of whom are Maldivian nationals who have been in quarantine since returning from the UK.

Total 19 people have tested positive for COVID-19 in Maldives, including two Italian nationals who departed from Maldives before they were identified as positive for the disease.

13 of them, all foreign nationals who were either vacationing or working in resorts or safaris, have since recovered; and the number of active cases stands at four.

Maldives working with IMF, IFC due to economic impact