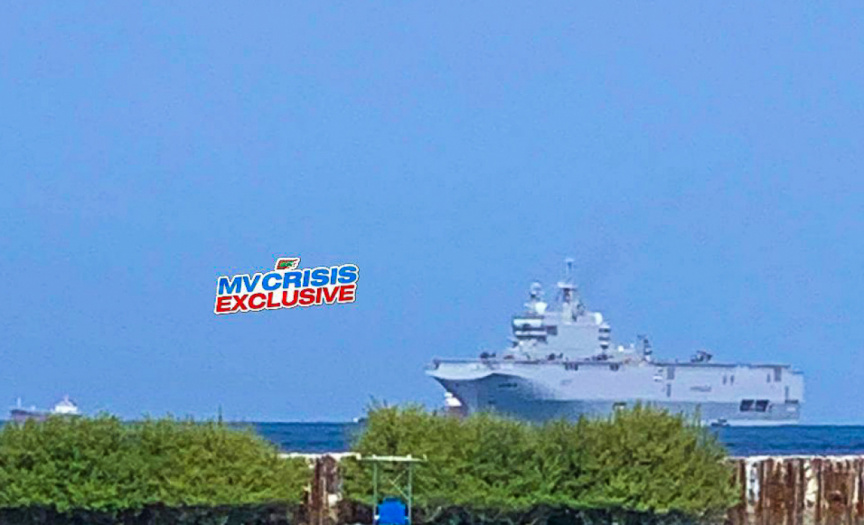 The purpose of the French navy in Maldives is unclear at this point, and official government channels have yet to confirm their presence.

However, two French naval ships harbored off the coast of the Maldivian capital, Male’ City, this morning, while at least four helicopters were seen flying over A. A. Thoddoo.

She said the council had been unaware of the origin of the helicopters at the time, but upon further clarification, was informed the helicopters belonged to the French navy, and were in Maldives with permission from the Maldivian government.