MNDF: Focus is on ensuring virus does not spread to Male' area 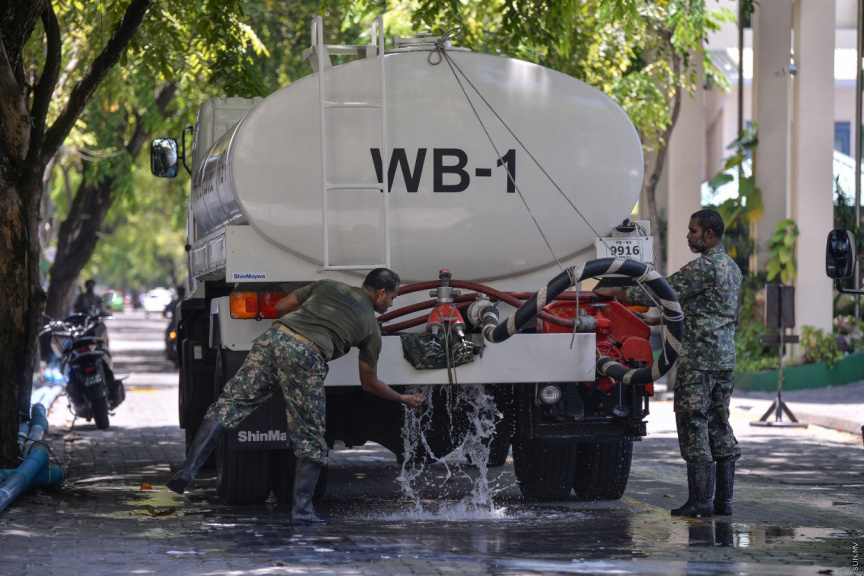 Maldives National Defense Force has stated that the biggest focus in the current operation against the Covid-19 pandemic in the country would be on ensuring that the virus does not reach the Greater Male’ area since the area is home to the majority of the population in the Maldives.

Chief of Defense Force, Major General Abdulla Shamaal speaking at a news conference today stated that the government’s focus was on ensuring that the virus does not reach the Male’ area. He added that this did not mean the government was foregoing other atolls in the country.

“This does not mean that other atolls are not prioritized, but because the Male’ area is heavily congested.” Said Maj. Gen. Shamaal.

He highlighted that a lot of challenges would be faced if the virus is identified in the Male’ area.

“If you look at the government strategy, you can see that the Male’ area is being controlled gradually.” Said the Chief of Defense Force who added that this was done in a manner that wouldn’t cause people any difficulties and reduce the number of people on the streets.

He added that the next steps were through the law and policies of the government.

STO: Food courts in Male' will not be charged for rent