South Africa’s virus cases jump to 402, most in Africa 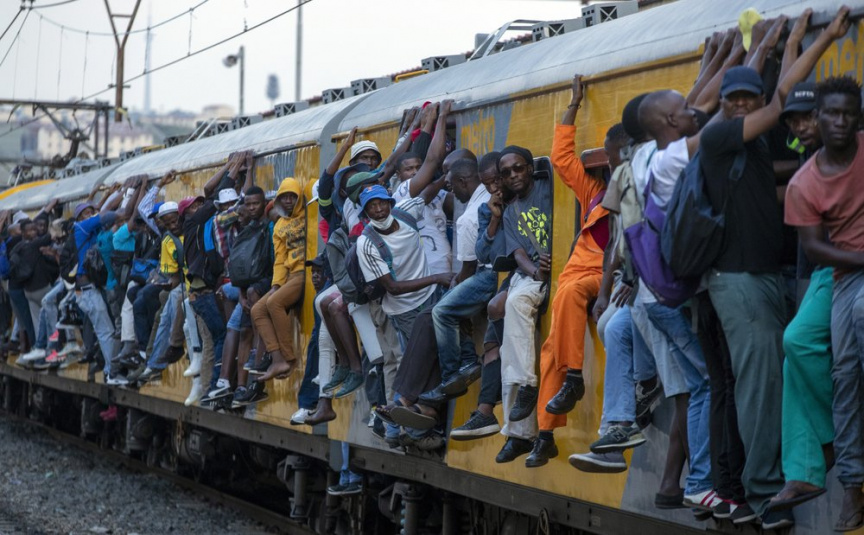 Train commuters hold on to the side of an overcrowded passenger train in Soweto, South Africa, Monday, March 16, 2020. South Africa will revoke nearly 10,000 visas issued this year to people from China and Iran, and visas will now be required for other high-risk countries that had been visa-free, including Italy and the United States. For most people, the new coronavirus causes only mild or moderate symptoms. For some it can cause more severe illness, especially in older adults and people with existing health problems.(AP Photo/Themba Hadebe)

JOHANNESBURG (AP) — South Africa’s coronavirus cases jumped to 402 Monday, up 128 from the day before, continuing worrying exponential growth and making it the country with the most cases in Africa.

South African President Cyril Ramaphosa is expected to speak to the nation about the growing threat and many expect him to announce new restrictive measures to try to slow the spread of the disease.

More than half of South Africa’s total cases are in Gauteng province, which include Johannesburg, the country’s largest city with 5.7 million people, and the capital, Pretoria, with 2.4 million, according to the figures released by the government health ministry.

MBS: Donations received for a week, after public appeal