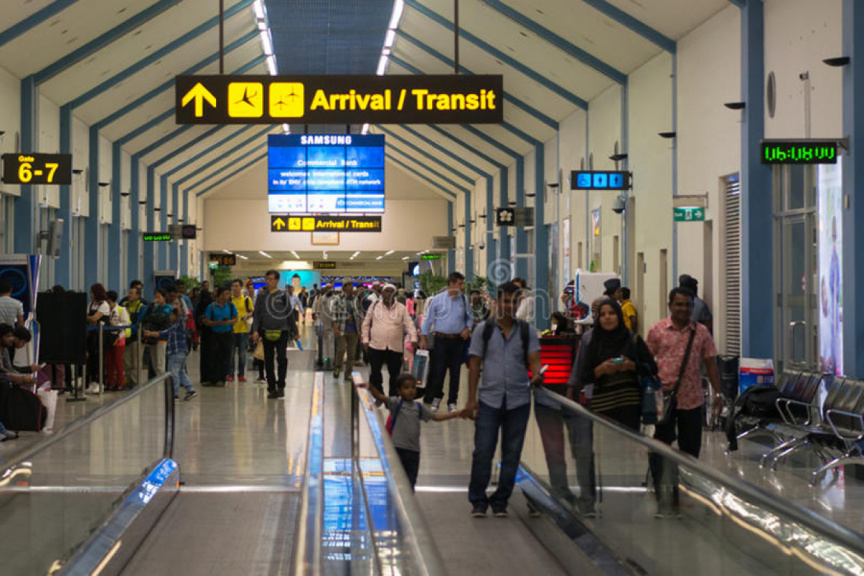 Maldives, on Saturday, imposed a ban on air travel from neighboring Sri Lanka, following a sharp rise in COVID-19 cases in the country.

Maldives Immigration has issued a travel advisory, which states that the travel ban on Sri Lanka took effect at 6:00 am this Saturday.

Passengers or crew with a travel history to Sri Lanka within the last 14 days will no longer be allowed to enter or transit through Maldives.

Maldivian nationals who wish to return home are exempt from this ban, but will need to undergo 14-day quarantine at a facility designated by the Maldivian government, with a recent shift in protocol ordered by the Director General of Public Health Maimoona Aboobakuru.

However, the Director General of Public Health, at 4 am this Saturday, issued an order for all passengers travelling to Maldives via air, whether Maldivian nationals or foreign nationals, with the exception of tourists who have made bookings at resorts, to be placed under 14-day quarantine at facilities designated by the government.

Sri Lanka, on Friday, announced a rise in total confirmed virus cases to 70. It has imposed a nationwide weekend curfew in a bid to contain the spread of the virus, and has suspended issuance of visas to foreign nationals.

Though Sri Lanka is no longer issuing visas, it has decided to grant 30-day extensions to foreign nationals in the country from March 14 to April 12.

11 people continued to be treated, while two have recovered and are undergoing 14 more days under quarantine as a precautionary measure.

2 arrested after fleeing resort in violation of ban