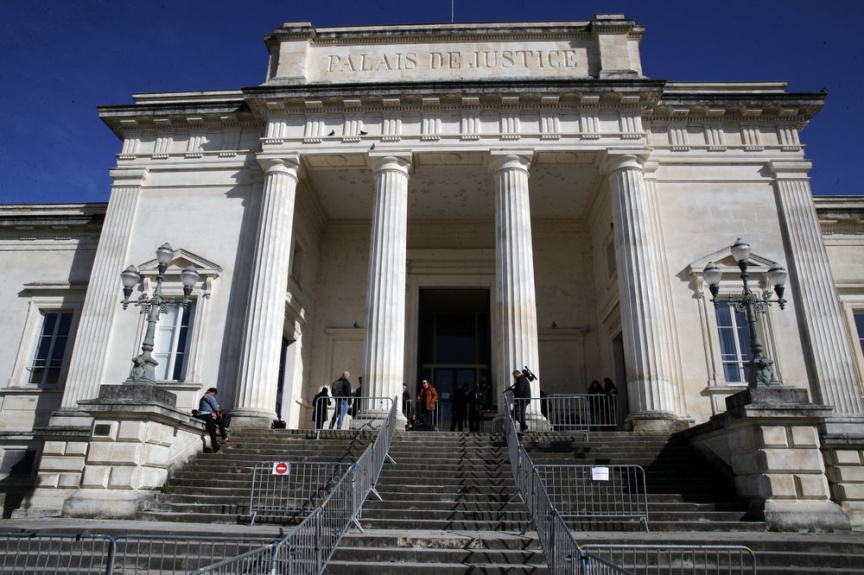 SAINTES, France (AP) — A retired surgeon accused of sexually abusing as many as 349 young children over decades – primarily his patients, in their hospital rooms — is facing justice at last, in the worst such case to come to light in France.

The trial that began Friday in the western city of Saintes is only the beginning, however.

It concerns four people allegedly targeted by Joel Le Scouarnec, 69, including two of his nieces. Other legal complaints against the doctor have piled up since the original investigation wrapped up, and prosecutors are preparing further action after this trial.

In a pinched, quiet voice, Le Scouarnec identified himself to the judge as the proceedings opened. His face held a closed, emotionless expression.

The judge then decided to close the proceedings to the public, exceptionally, at the request of defense lawyers who said Le Scouarnec would speak more freely that way. Some families of victims protested the move, saying the public should hear what the doctor had done.

The first case reached investigators in 2017, when a 6-year-old neighbor told her mother that Le Scouarnec exposed himself and molested her across the fence between their properties.

In searching Le Scouarnec’s home, investigators uncovered more than 300,000 images of child and other pornography — as well as extensive notebooks where the surgeon detailed sexual violence against both girls and boys from 1989 to 2017. Next to each child’s name were comments on the nature of the sexual acts inflicted, according to investigators.

Le Scouarnec admitted to police that he had “already acted out” with children, including his nieces. He said he set limits for himself, and denied any full penetration. He claimed his diaries included an element of fantasy.

The regional prosecutor, Laureline Peyrefitte, told a news conference in December that the number of “potential victims of Le Scouarnec’s actions” had reached 349 by that point.

Gendarmes questioned 229 of the people named in the notebooks, and by this month, 200 had filed formal complaints, the prosecutor’s office told The Associated Press. Many incidents occurred too long ago to prosecute, however.

Investigators say that under cover of medical acts, the doctor sexually took advantage of children as soon as they were alone in the hospital room. They say his strategy was to pass off sexual violence as a professional gesture, and to target patients so young they might not remember or understand what was happening.

He also targeted older children in the operating room, when they were asleep or under anesthesia, according to his diaries.

With victims so young, or unconscious, Le Scouarnec was able to act without aggression or threats, prosecutors say. And so many years later, there is no way to trace for sperm or DNA.

Critics ask why nothing came out before. The surgeon had already been sentenced in 2005 to a four-month suspended prison sentence for possession and importation of a child pornographic image.

The trial opening Friday concerns the neighbor, two nieces, and a child who was hospitalized at age 4 for acute pancreatitis in the establishment where the surgeon practiced.

The father of the young neighbor told reporters Friday that she had wanted to come to the trial. “Our daughter wanted to come and tell him he was mean. She is waiting for answers. She is crying, she knows what’s going on today,” he said. The Associated Press is not publishing the father’s name to protect the girl’s identity.

The father said that during Friday’s trial, Le Scouarnec “did not look at the victims. When I looked him in the eye, he looked down.”

Le Scouarnec faces up to 20 years in prison if convicted.

Recent investigations have determined that Scouarnec rubbed shoulders with two other doctors who have been convicted of similar sexual abuse of children, one in the western region of Brittany, where the trial is being held, and another in the the southwestern town of Jonzac where he later moved.