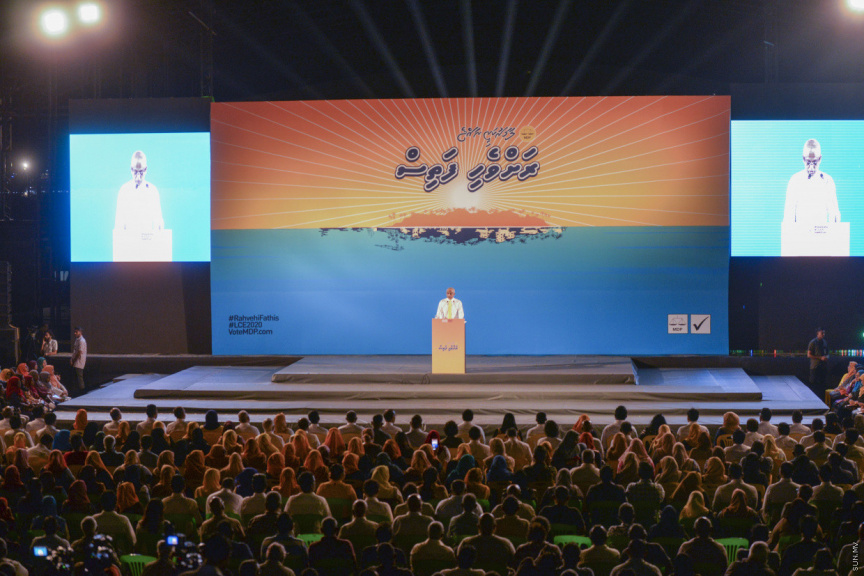 The largest political party in the country, MDP has decided to recommence its “Rahvehi Fathis” campaigns for the local council election, after a brief stop due to the Covid-19 disease.

The main team leading the campaign announced that the campaign would be recommenced along with awareness programs for the virus.

The decision to conduct the campaign through social media and communication means was made on Saturday, and the party informed that no activities that could lead to the spread of the disease would be held.

The festival to celebrate the end of the “Rahvehi Fathis”, planned for Saturday was also canceled due to this.

MDP stated that connections with every island in the country would be utilized to pass out campaign messages and awareness talks regarding the Covid-19 disease.

The news from the Health Ministry, Health Protection Agency and WHO would also be passed on to the public via MDP campaign teams.

Jumhooree Party has also canceled campaign activities due to the disease, while the opposition PPM and PNC had also followed suit. Four cases of the4 disease have been identified in the Maldives so far.