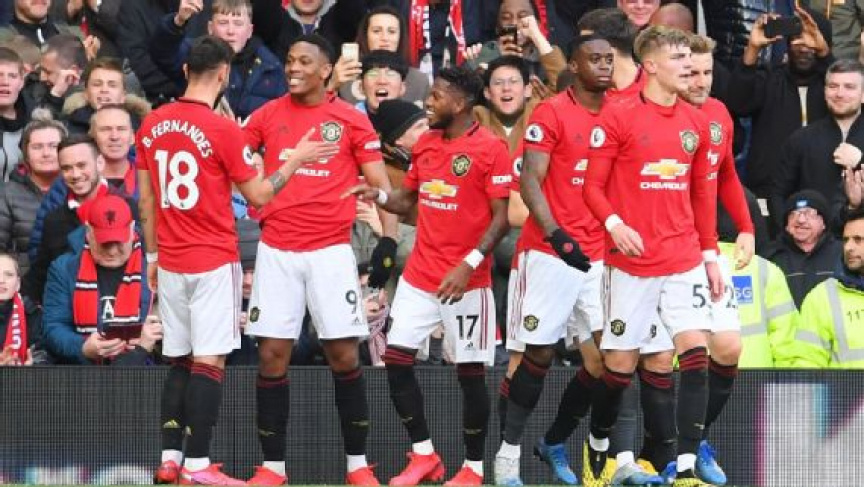 United continued their pursuit of the Champions League with the win, courtesy of two errors from city goalkeeper Ederson.

Anthony Martial and Scott McTominay netted but Ederson was at fault for both goals, seeing Martial's effort squirm under him in the first half and then a weak kick in injury time gave McTominay the chance to finish into an empty net.

United's win, their first in the league at home to City since 2015, means they stay within touching distance of the top four and a Champions League spot, with only three points between them and fourth placed Chelsea.

United boss Ole Gunnar Solskjaer added: "Anthony and Bruno have hit if off. It is a privilege to be a manager of a squad with this attitude. You can't ask for more. They are going to improve as players as well."

United, unbeaten now in 10 matches, went ahead following a spell of sustained pressure. While the home side had maintained the upper hand for most of the half, City were clearly frustrated at the circumstances that allowed United to break the deadlock.