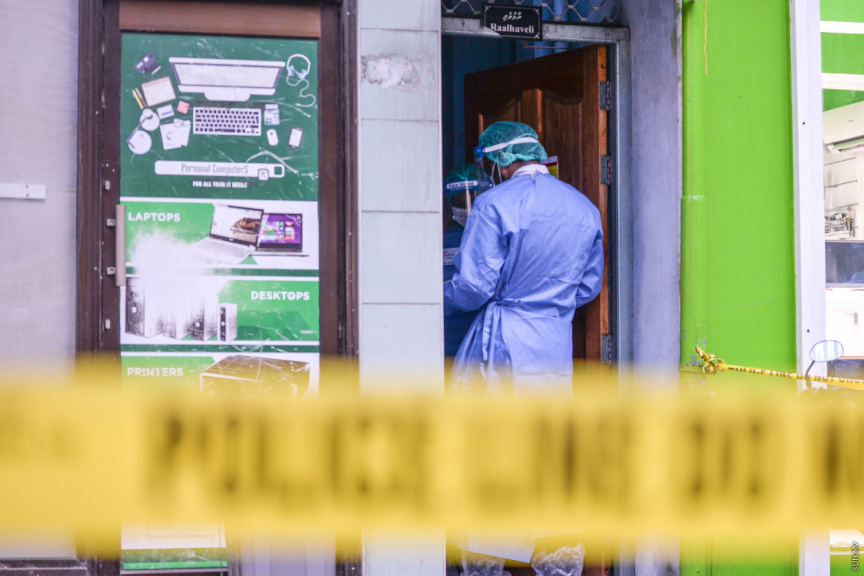 Photo is from a training drill conducted by Maldivian authorities to combat against the Covid-19 disease. (Sun Photo/Fayaz Moosa)

Two employees of Kuredu Island Resort have tested positive for the Covid-19 disease.

Minister Ali Waheed also stated that the status of the country had been raised to yellow while the resort's status was in orange. The resort has been placed in lockdown. The two employees tested were both foreigners and currently the authorities are conducting "contact tracing" on the island.