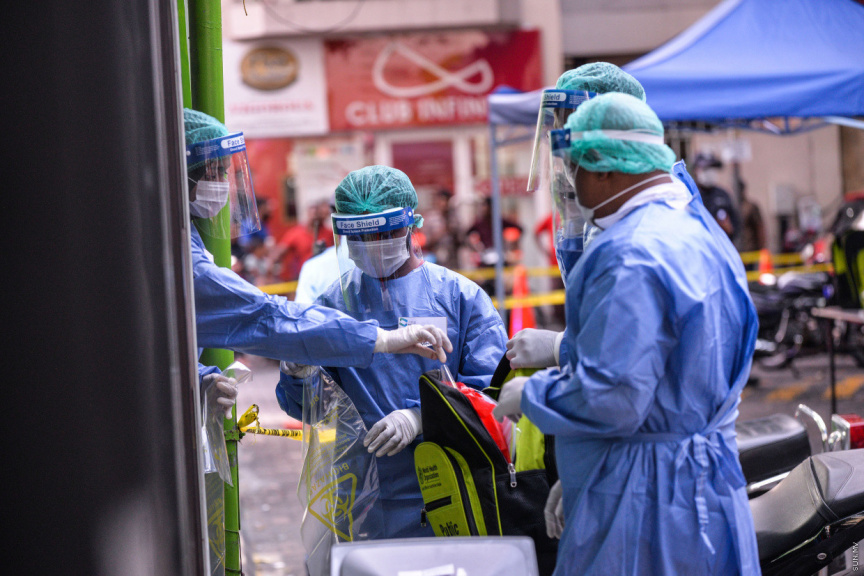 Summer Island Maldives, a resort located in North Male’ Atoll, on Saturday, said that arrangements were being made to transport the medical doctor at the resort to a quarantine facility in Farukolhufushi for monitoring and testing after he developed symptoms of the deadly COVID-19 virus.

It comes shortly after the Health Protection Agency (HPA) confirmed that two French nationals on holiday in Summer Island had developed COVID-19 symptoms, and were being transported to Farukolhufushi for monitoring and testing.

Summer Island, in a statement it issued shortly after HPA made its announcement, said that the doctor at the resort, a 33-year-old Indian national, had also developed COVID-19 symptoms.

The resort identified the two French nationals as persons in their late 20s.

The two French tourists arrived in Maldives on February 25, and came straight to the resort on a speedboat from Velana International Airport (VIA).

They consulted with the resort’s doctor after developing fevers on March 5.

It was brought to the immediate attention of HPA, and they were placed under quarantine at their rooms, said the resort.

The doctor who treated them developed respiratory symptoms the next day, and it too, was brought to the immediate attention of HPA.

HPA officials are scheduled to arrive at the resort sometime this Saturday morning. Both the two French tourists and the doctor will be transported to Farukolhufushi.

Meanwhile, three more of the resort’s staff who have developed mild respiratory symptoms have also been placed under quarantine at their rooms as a precautionary measure.

HPA has imposed temporary restrictive measures including barring all transport in and out of the resort without the agency’s express permission until such time as it is able to test and clear the suspected cases.

Summer Island said it has made arrangements to facilitate accommodation to tourists who have made bookings with them at other resorts.

It comes less than 24 hours after Kuredu Island Resort and Spa, a resort located in Lh. Atoll, was locked down after an Italian tourist who vacationed at the resort tested positive for COVID-19 upon return to his home country. The doctor who treated him during his stay at the resort has developed COVID-19 symptoms, and has been transported to the quarantine facility in Farukolhufushi for further monitoring and testing.

Meanwhile, V. Thinadhoo, a local island popular for its local tourism business, was also placed on lockdown on Friday after another Italian tourist developed COVID-19 symptoms and was transported to Farukolhufushi for further monitoring and testing.

HPA says it had begun immediate contact tracing in all cases, and that the islands will remain on lockdown until it received the test results in the suspected cases.

No positive cases have yet to be confirmed in Maldives, and the health alert status remains “white”.

Maldives to have shelters for domestic violence victims