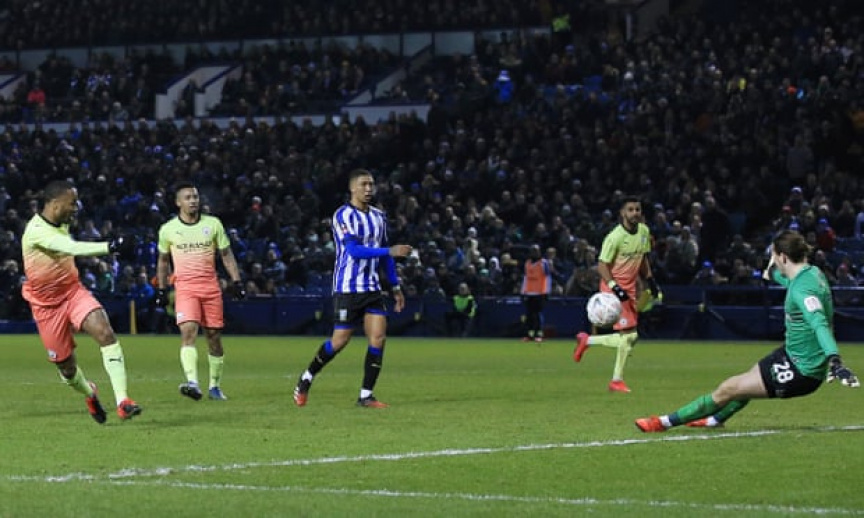 Manchester City won against Sheffield Wednesday to reach the quarter-finals of the FA Cup and stay on course for a domestic and European cup treble.

Fresh from their Carabao Cup triumph at Wembley, holders City moved into the last eight of the FA Cup as Sergio Aguero's 23rd goal of the season saw off their Championship opponents.

Up until the Argentine found the net with a strong left-foot finish, City had been frustrated by a stubborn defensive performance by Sheffield.

Nicolas Otamendi and Benjamin Mendy both hit the bar when the tie was goalless yet City, who dominated possession, had to wait 48 minutes before they managed a shot on target.

Wednesday have endured a wretched run of form and although City keeper Claudio Bravo did not have a save to make, they at least ensured they were not embarrassed.

Aguero, who scored in the 2-1 Carabao Cup final win over Aston Villa on Sunday, has now scored 20 FA Cup goals in 22 ties since joining City in 2011.