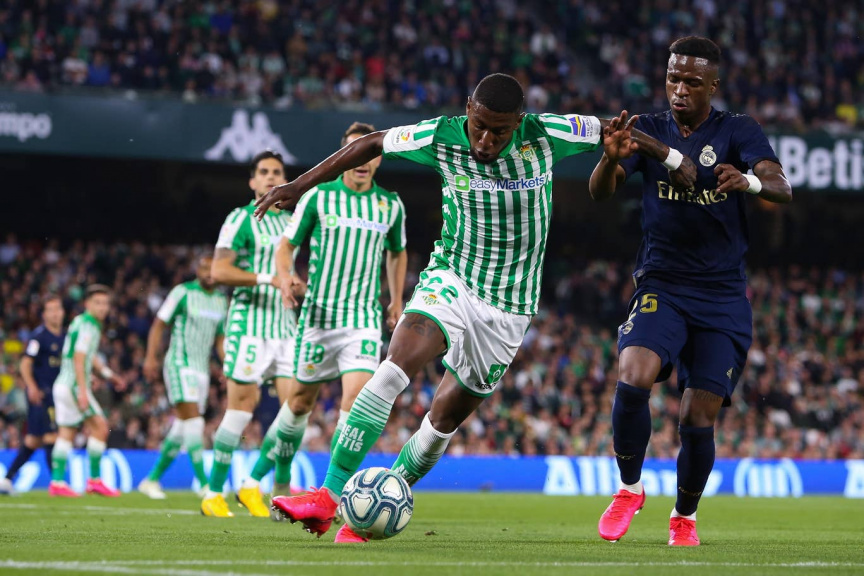 Spanish giants Real Madrid tasted a 2-1 defeat at the hands of Real Betis to send their arch-rivals Barcelona top of La Liga.

Real fell behind to a stunning strike from Sidnei into the top corner, but leveled later on with a penalty converted by Karim Benzema.

However, it was ex-Barca starlet Cristian Tello who ended Real’s hopes with a calm finish in the 82nd minute. The Betis substitute broke clear and coolly slid the ball past Courtois as the hosts moved up to 12th in the league.

Betis caused Madrid problems at every turn and another ex-Barca player, Marc Batra headed over from six yards out with the whole goal free. Veteran winger Joaquin went around Courtois and looked to be slipping the ball into an empty net but was denied by Luka Modric's goal-saving interception on the line.

Courtois did, however, make a stunning save later on to tip Nabil Fekir's thunderous, first-time strike over the crossbar.

Barca had beaten Real Sociedad 1-0 on Saturday to go two points clear on top and Zinedine Zidane's side was unable to respond with a victory of their own that would have seen them leapfrog the Catalans. Barca now sit on top with 58 points while Real are in second place with 56 points.

Messi’s back: Spanish league set to resume in June