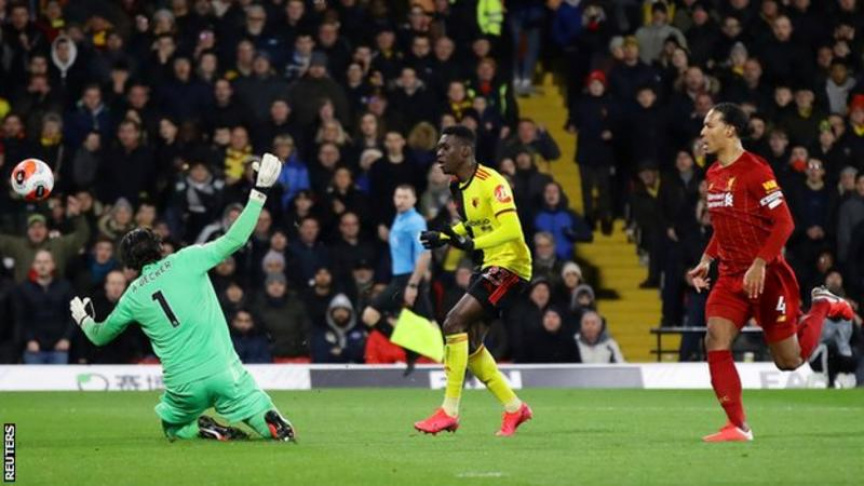 Premier League leader's Liverpool's ambitions of remaining unbeaten for an entire Premier League season were ended by a sensational Watford side last night.

The Reds had won their past 18 Premier League games and another at Vicarage Road would have made history as the longest winning run in the English top flight.

But they never got going against a Watford side who were superb from start to finish.

Watford deservedly went in front when Abdoulaye Doucoure squeezed a cross in from the left and the impressive Sarr was there to stab in.

Liverpool had been struggling after maintaining their amazing consistency for the majority of the season with a hard-fought win at in their previous PL fixture and a loss to Atletico Madrid in the Champion League before this loss. They were miles away from their quality as even the usually reliable players were sloppy in possession and their feared forward line lacked any bite in attack last night.

A result that is more of a loss to the high flying morale of Liverpool rather than their title charge, the Reds are still a mammoth 22 points clear at the top of the league. The Reds have been unbeaten for 44 games before this loss.

Bale turns back time as Man U and Chelsea draw