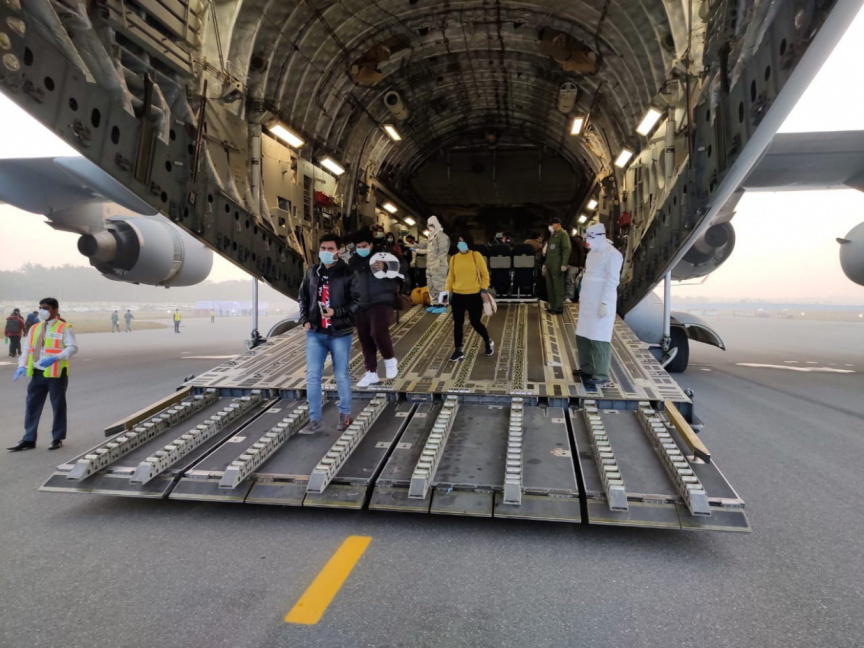 Photo shows an Indian army air force plane that evacuated Maldivians from the Chinese city of Wuhan on February 27, 2020. (Photo/Veon)

The two remaining Maldives in the Chinese city of Wuhan has been evacuated and quarantined in New Delhi, India.

The Maldivians in the city worst hit by the Covid-19 disease had previously rejected an offer to return to the Maldives.

Foreign Minister Abdulla Shahid confirmed the news that the Maldivians were taken to the Indian capital on an Indian air force plane. They will be brought back to the Maldives after the quarantine period of 14 days is over.

The Minister also thanked top Indian officials for the evacuation.

Seven Maldivians previously evacuated from the Chinese city were also quarantined in India. They were brought back to the Maldives in good health on February 18, 2020, after completing the quarantine period.

Maldives also announced yesterday that travel restrictions will be placed on those arriving from Iran and South Korea which are the two worst-hit countries by the disease after China.