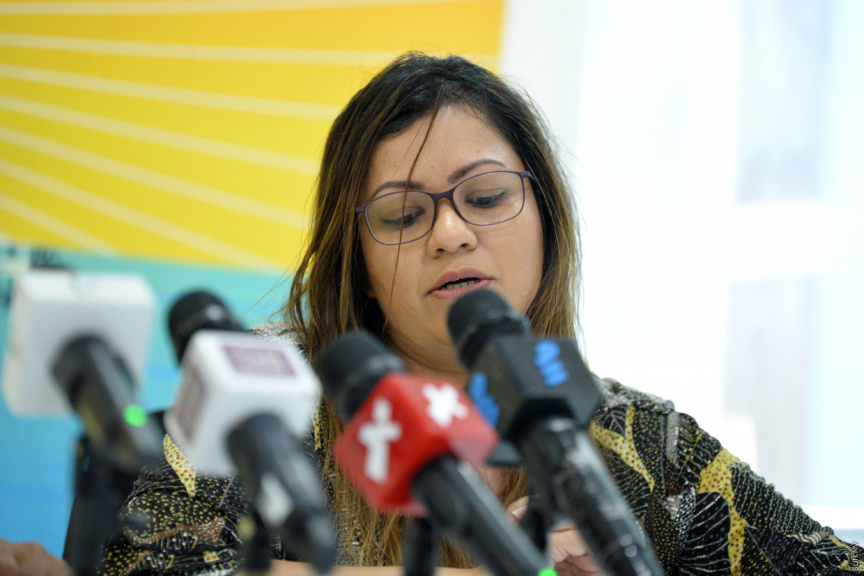 Photo is from a news conference held by MDP on February 22, 2020. (Sun Photo/Ahmed Saeed)

The biggest political party in the Maldives, MDP will be contesting in 877 seats for the upcoming local council election, according to MDP.

The elections on April 4, will see 983 councilors elected. Out of the figure, 384 seats are allocated for women. MDP’s “Rahvehi Fathis” campaign spokesperson Afshan Latheef stated that 877 candidates had submitted forms to the Elections Commission out of the more than 880 that MDP had awarded tickets for.

“So, 877 candidates will be contesting in the elections on behalf of MDP. There will be some seats that MDP will not be contesting for,” said Afshan.

Nasheed also ruled out a coalition with another party regarding the campaign and the election.

A total of 337 women will also be contesting in the election on behalf of MDP, which is 38 percent of MDP’s candidates.