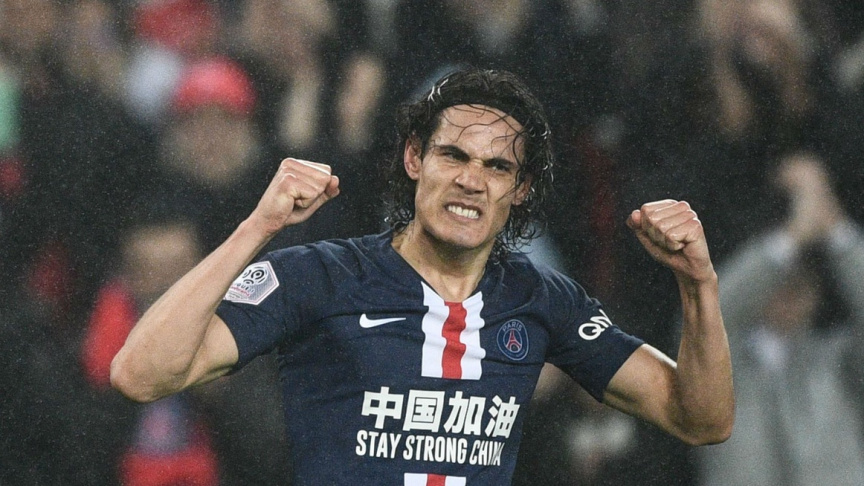 Edinson Cavani is seen celebrating after scoring in the match between PSG and Bordeaux on February 24, 2020. (Photo/Timothy Abraham)

Neymar was shown a red card as Paris Saint-Germain moved 13 points clear at top of Ligue 1 after forward Cavani's 200th goal for the club helped them win 4-3 over Bordeaux.

Bordeaux got a surprise lead through Hwang Ui-jo before Cavani equalised for PSG.

PSG then went ahead through Marquinhos but Bordeaux levelled again following a mistake by PSG goalkeeper Sergio Rico.

Marquinhos and Kylian Mbappe both finished clinically to put Thomas Tuchel's side in command, although Ruben Pardo reduced the deficit to set up a tense finish and Neymar was dismissed for a second booking late on.

Brazil forward Neymar was dismissed when he was shown a second yellow card for a reckless challenge on Yacine Adli.