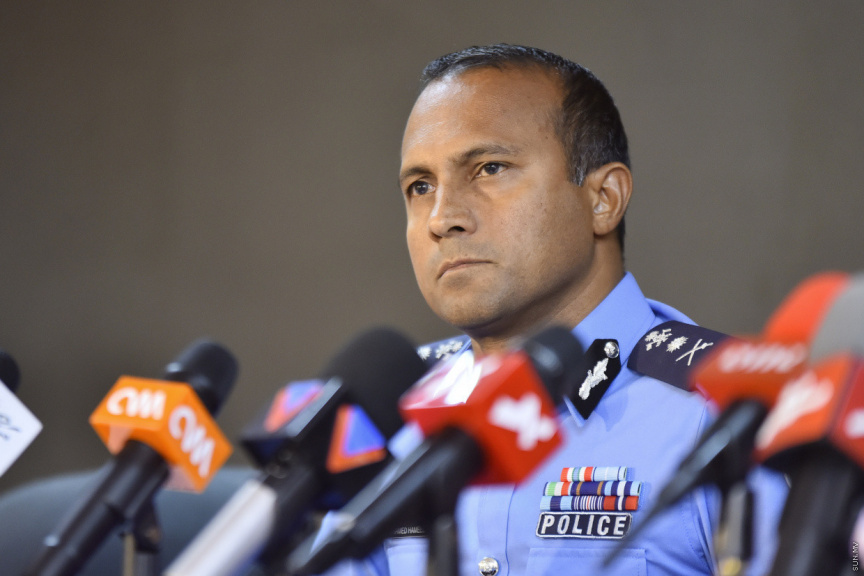 Commissioner of Police Mohamed Hameed at the news conference held on October 24, 2019 regarding the MMPRC scandal. (Sun Photo/Fayaz Moosa)

Maldives Police Service has stated that it has not received confirmation by any Sri Lankan authorities regarding the involvement of Maldivians in the deadly 2019 Easter Day bombings in Sri Lanka.

The statement released by the Maldivian Police read that it was not aware that any Maldivians arrested in Sri Lanka yesterday, and had not been notified by the Sri Lankan authorities as well.

“No Sri Lankan authority has confirmed to us of Maldivian's involvement in the terrorist attacks carried out in Sri Lanka on April 21, 2019.” read the statement by the Police.

Police also stated that it was determined to work at a local and international level and collaborate with other agencies to combat terrorism.

According to Ajith Rohana, the Head of the Police Legal Division a total of 216 individuals, including 7 females, were arrested in connection with the attacks. 153 suspects were either detained or remanded under the Prevention of Terrorism Act of Sri Lanka.

Interpol, FBI, and Australian Federal Police are also assisting in the investigation.