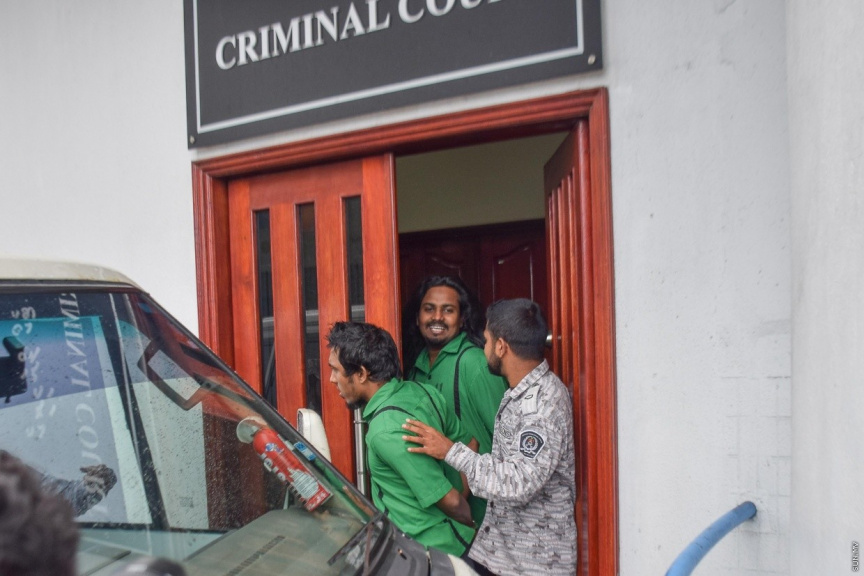 The appeal case of Mohamed Latheef from Lhoheege, H.A Hoarafushi in the cruel murder of Hussain Mohamed Manik from Seaview, H.A Hoarafushi has concluded with only the sentencing hearing remaining.

Police suspected five people in the murder carried out in 2010. Out of the five, two were not charged for a lack of evidence. However, Latheef who is a nephew of Hussain Mohamed Manik and two others were charged in the case. The remaining two are, Ahmed Ibrahim from Umeedheemanzil, H.A Hoarafushi and Noomaan Abdulla from Sosunvilla, H.A Hoarafushi.

The Criminal Court had sentenced the three for life in prison after finding them guilty of the terrorism charges raised against them.

The High Court had also previously upheld the ruling of the lower court in the appeal case of Ahmed Ibrahim.

Latheef also appealed the case to the High Court. The hearing today saw the defendant raise points to support his case. Latheef’s lawyers noted that Police had questioned the defendant despite him invoking his right to remain silent.

The defense also raised the point that a lawyer had not been appointed to the defendant despite a request to do so when the questioning was commenced. Since Latheef was charged with assisting in the crime, the defense noted that he can only be sentenced for 10-15 years and not for the life sentence handed down by the Criminal Court.

The Prosecution refuted this claim and stated that Latheef had communicated with Police before invoking his right to remain silent. As for the request for legal advice, the Prosecution stated that out of the accused, only Noomaan had requested a lawyer, while Latheef and Ahmed did not do so.

The Prosecution also refrained from answering the points of the defense since these points had already been addressed in previous hearings.

Judge Shujau Usmaan, as the lead judge from the bench presiding over the case, stated that the next hearing would be the sentencing hearing and would be scheduled as soon as possible.

The terrorism charges made in the case stated that Hussain Mohamed Manik died after being suffocated with sand. The victim was thrown into an abandoned house on the island before being suffocated. The defendants were convicted of holding the victim hostage, while the murder charges raised upon them were not proved.