Dr. Muizzu and Latheef contesting for mayorship of 2 cities 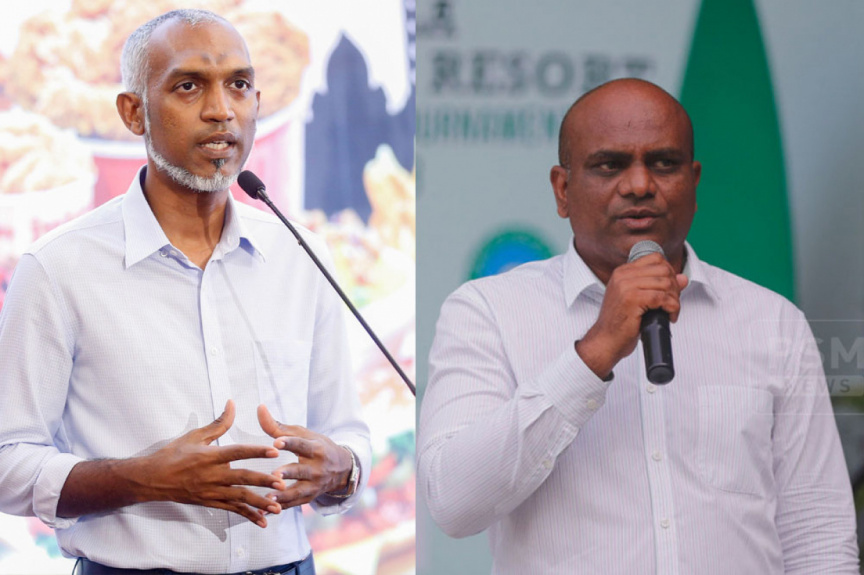 Former Housing Minister Dr. Mohamed Muizzu and former president of Volleyball Association Mohamed Latheef are set to contest for the mayor of Male’ city and Addu city on behalf of the main opposition party ticket PPM.

Both candidates have submitted their applications to the Elections Commission.

Deputy president of PPM and Naifaru MP Ahmed Shiyam stated that Dr. Muizzu was the most capable candidate for the post of the mayor of Male’ city. He added that the council was formed of people whose ideology was politically different during the administration of President Yameen. The development that the government had wanted to bring to Male’ city was impeded by these figures.

“Dr. Muizzu gave a lot of priority to developing and bringing whatever the changes that the Male’ city has seen lately. A lot of easements,” said MP Shiyam.

MP Shiyam described Dr. Muizzu as the next Umar Zahir and gave the example of close supervision given by Dr. Muizzu given to the construction of parks and the Sinamale’ bridge.

“Male’ city won’t get a mayor such as Dr. Muizzu. Some people know how to speak beautifully, but Dr. Muizzu is the person that acted and solved the issues of the city and worked the most for the city in a thoughtful manner.” said MP Shiyam.

Regarding Mohamed Latheef who is contesting for the mayor of Addu city, MP Shiyam stated he was a capable figure who had served PPM a lot since its inception. He noted to calculate the developments brought to Addu City during the long journey by the residents of the city with the MDP councilors.

“We can't see the benefits brought to Addu city by the current councilors,” said MP Shiyam.

The MP pointed out that Latheef would know the difficulties faced by Addu city and stated that the candidate had a strong idea to develop the city. Latheef is also well versed in undertaking the responsibilities of councilors and mayors under the Decentralization Act and according to the mindset of former President Yameen, according to MP Shiyam.