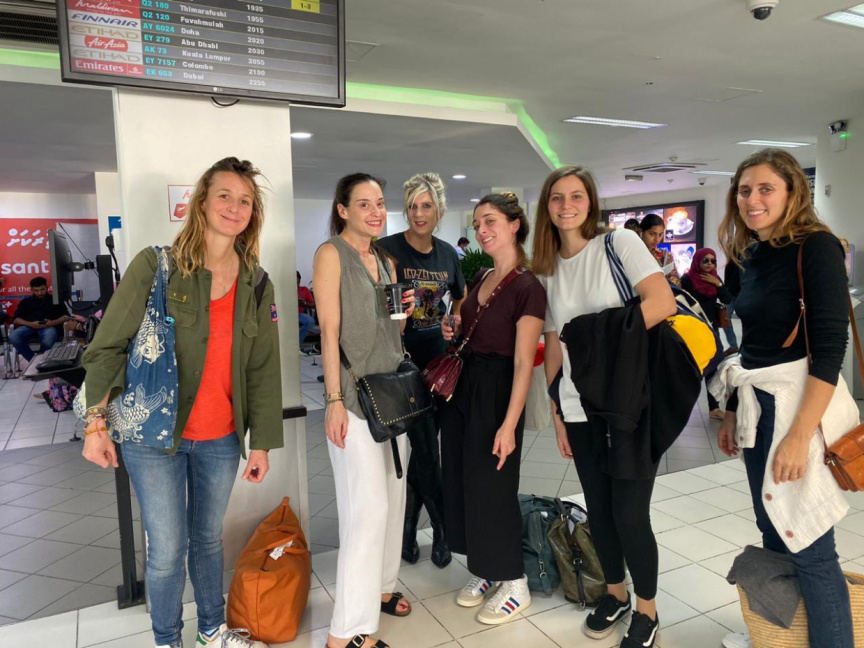 A team of French journalists, the third to be hosted by MMPRC as part of its series of media FAM trips for the year, pose for a picture at the Velana International Airport in February 17, 2020. (Photo/MMPRC)

A team of French journalists has become the third international media group to be hosted by Maldives Marketing and Public Relations Corporation (MMPRC) as part of its series of media FAM trips for the year.

The team arrived on Monday, and will be primarily hosted at Pullman Maldives Maamutaa, Dhigali Maldives and Faarufushi Maldives during their six-day visit.

The theme of the trip is “nature chic”, and the team, during the visit, will indulge in different spa and yoga experiences available in the resorts, and will also be exposed to first-hand experiences of the natural vegetation on the islands and snorkel through the underwater beauty along with a marine biologist.

The team were invited by MMPRC to boost awareness of Maldives as a destination in the French market. They include representatives from top lifestyle magazines and generalist online magazines in France, including L’Obs.com, Mint Magazine, Simple Things, Le Journal des Femes.fr and Paris Match.

They are scheduled to share their experiences to audiences as in-depth articles with images though their respective publications.

France is one of the highest performing markets for Maldives and is presently positioned in the 7th rank.

Additional promotional activities planned by MMPRC which target the French market includes participation in two of the largest fairs in France, outdoor advertisements, and a joint campaign with a leading French tour operators.