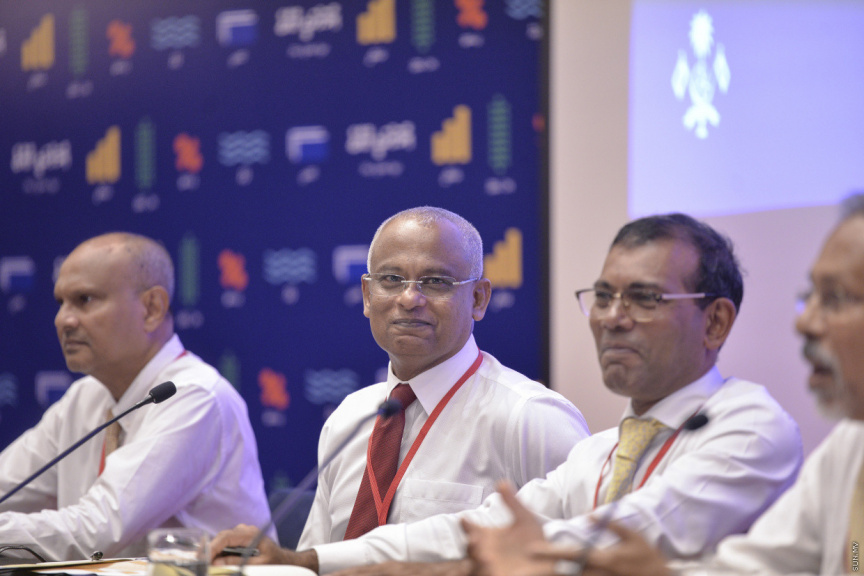 President Ibrahim Mohamed Solih and Speaker of Parliament and former President Mohamed Nasheed will be leading a poster campaign by MDP for the upcoming local council elections.

MDP stated that the event will be held on February 15, 2020, at 9:00 in all inhabited islands of the country. The event in Male’ will be held at the MDP party headquarters.

“Arrangements for the President Ibrahim Mohamed Solih and Speaker of Parliament and President of MDP Mohamed Nasheed to take part in the event have been organized. The event will be commenced at 9:15 with a morning tea that will be taken part by both presidents.” read a statement by MDP.

MDP stated that the two presidents will then officially commence the poster campaign at the headquarters. The event, first of such for the local council elections, will take a short break from 12:00 to 14:00 and recommence from 14:00 to 18:00.

MDP stated that it expects an overwhelming victory in the elections with 60 percent of seats. 980 councilors will be elected from the elections scheduled for early April.