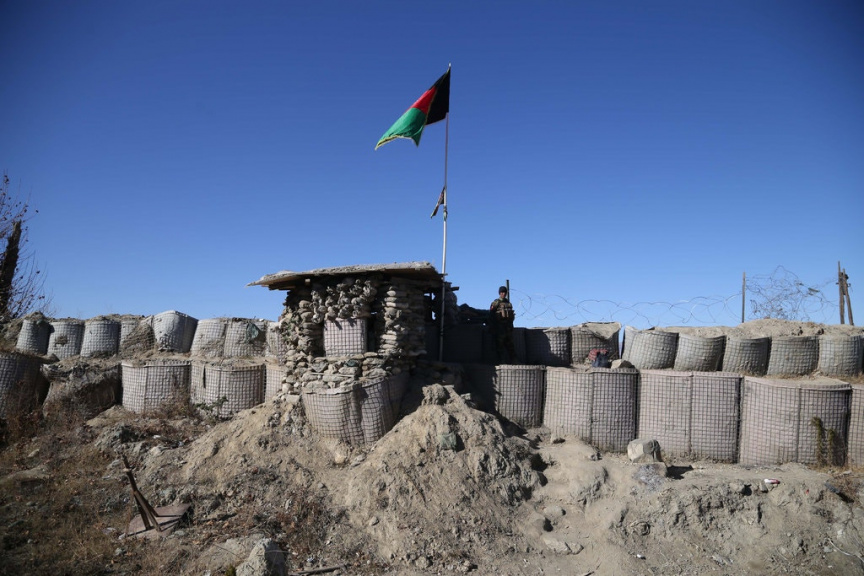 U.S. military officials confirmed multiple casualties but did not confirm the number wounded or killed or the nature of the attack that took place Saturday.

Nangarhar Provincial Council member Ajmal Omer told The Associated Press the gunman was killed. It wasn’t immediately clear if the gunman was an insurgent infiltrator or rogue Afghan military personnel. There have been numerous attacks by Afghan national army soldiers on their allied partners over the 18 years of Afghanistan’s protracted war.

Omer is a member of the provincial council and from Nangarhar province’s Sherzad district, where he said the incident took place. An Afghan soldier was wounded, Omer said, without saying whether the wounded soldier had been involved in the shootings.

The U.S. military said American and Afghan military personnel were fired on while conducting an operation in Afghanistan’s eastern Nangarhar province. One official said there had been U.S. casualties, but no numbers were given.

The U.S. official said several U.S. personnel were either injured or killed but did not say who carried out the attack. The official spoke on condition of anonymity.

A U.S. military spokesman in Afghanistan said in a statement only that both Afghan and U.S. personnel were “engaged by direct firing.” The Taliban and an Islamic State group affiliate both operate in eastern Nangarhar.

Last July, two U.S. service members were killed by an Afghan soldier in the southern Kandahar province. The shooter was wounded and arrested. In September, three U.S. military personnel were wounded when an member of the Afghan Civil Order Police fired on a military convoy, also in Kandahar.

The incident came as Washington has sought to find an end to the war in Afghanistan.

Washington’s peace envoy Zalmay Khalilzad has been meeting with Taliban representatives in the Middle Eastern state of Qatar in recent weeks. He’s seeking an agreement to reduce hostilities to get a peace deal signed that would start negotiations among Afghans on both sides of the conflict.

In his State of the Union Address on Tuesday, President Donald Trump referenced the peace talks, saying U.S. soldiers were not meant to serve as “law enforcement agencies” for other nations.

“In Afghanistan, the determination and valor of our war fighters has allowed us to make tremendous progress, and peace talks are now underway, ” he said.