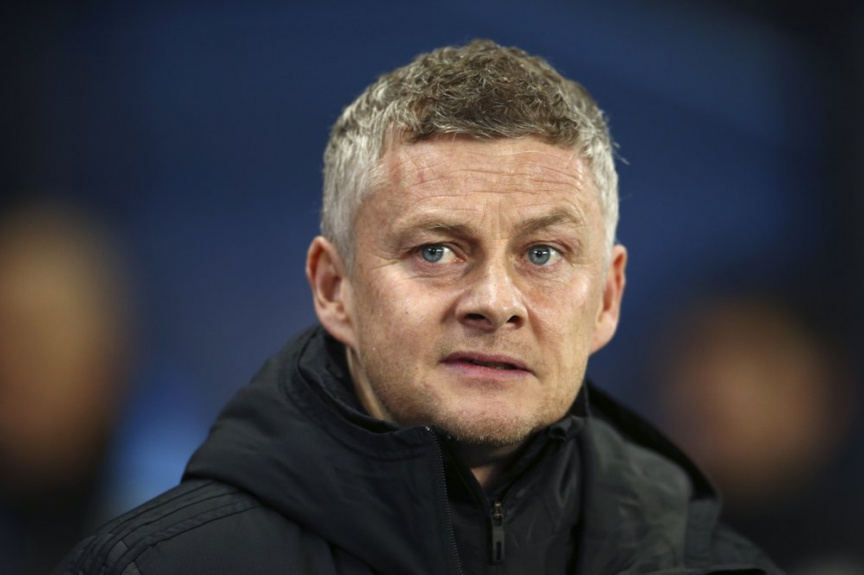 LONDON (AP) — The coronavirus-enforced suspension of soccer in China has led to Manchester United filling a void in its strike force.

Odion Ighalo joined United on loan until the end of the season in May from Shanghai Greenland Shenhua just before the January transfer window closed on Friday night.

United manager Ole Gunnar Solskjaer turned to the former Watford player while scrambling to find a forward after Marcus Rashford with ruled out with a long-term injury. United had been trying to sign Josh King from Bournemouth but a deal couldn’t be struck.

It is three years since Ighalo left England for China after scoring 39 goals in 100 appearances for Watford, with 20 coming in the second-tier Championship. He was African Cup of Nations top scorer last year with five goals in Nigeria’s run to third place.

“He will come in and give us an option of a different type of center forward for the short spell he’s staying with us,” Solskjaer said. “A great lad and very professional, he will make the most of his time here.”

The 30-year-old Ighalo , who has also played in Norway, Italy and Spain, initially moved to China in 2017 to join Changchun Yatai. Now he has to fly to northern England just as many airlines have canceled flights from China in a bid to contain a virus that can cause fever, coughing, wheezing and pneumonia.

Ighalo was available because the Chinese Football Association announced that all domestic matches of the 2020 season will be postponed in an effort to control the spread of the coronavirus that has claimed more than 200 lives. The Super League was due to run from Feb. 22 to Oct 31. A starting date for the new season has not yet been announced.

Already this week, United completed the signing of attacking midfielder Bruno Fernandes from Sporting Lisbon in a deal that could be worth up to 80 million euros ($88 million).

“We’ve followed him for years, but he has grown gradually in that period as well,” Solskjaer said. “More and more mature, more and more assured performances.

“He’s a great leader of his team and, even with all the speculation that has been around him, probably every club in Europe linked with him, he’s stayed focused and played some fantastic football for Sporting.”

United is still in contention for the four Champions League places despite an erratic season. The team is fifth in the Premier League, six points behind Chelsea with 14 games remaining.

Portugal defender Cedric Soares joined Arsenal on loan from Southampton until the end of the season, when his contract will have expired at the south-coast club.

While both Chelsea and Tottenham couldn’t find a suitable forward to bolster the squad, West Ham signed Jarrod Bowen from second-tier club Hull as the east London club scraps for Premier League survival as the clock ticked down the 2300 GMT transfer cutoff.

The 23-year-old Bowen has scored 16 goals and has seven assists in 29 Championship games this season.

Center back Ryan Bennett joined third-place Leicester from Wolverhampton on loan until the end of the season, subject to Premier League approval.

Alexis MacAllister has been recalled by Brighton from his loan spell with Argentine club Boca Juniors. The 21-year-old midfielder is currently with Argentina’s under-23s in Colombia, taking part in the Tokyo Olympics qualifying tournament and has scored twice.

Sheffield United has added five players in January after an impressive first half of the season has helped the Premier League newcomers to eighth place. The latest to join on loan for the rest of the campaign are Dutch forward Richairo Zivkovic from Chinese club Changchun Yatai and Greek defender Panos Retsos from German side Bayer Leverkusen.

Rangnick will be consultant at Man U amid Austria links

Lingard told to stay at Man U due to Greenwood absence