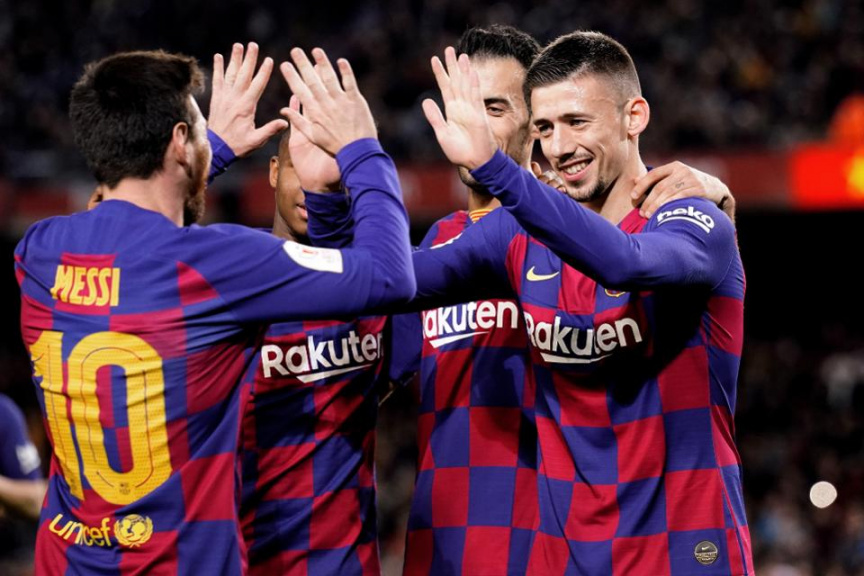 Lionel Messi struck twice as Barcelona bounced back from their first defeat under new coach Quique Setien with a powerful 5-0 victory over Leganes in the last 16 of the Copa del Rey, sending a powerful message about the team that many see as struggling.

A 2-0 loss at Valencia on Saturday resulted in reigning LaLiga champions Barca falling three points adrift of rivals Real Madrid in the title race, but they appeared to get right back on track at Camp Nou on Thursday.

French forward Antoine Griezmann took less than four minutes to open the scoring, with fellow Frenchmen Clement Lenglet nodding in the second before the half-hour mark.

Messi then scored with a fortuitous finish in the 59th minute. The argentine doubled his tally after Arthur Melo found the back of the net to send Barca into the quarter-finals of competition.

Setien's Barca dominated possession and even had a goal by Griezmann disallowed.