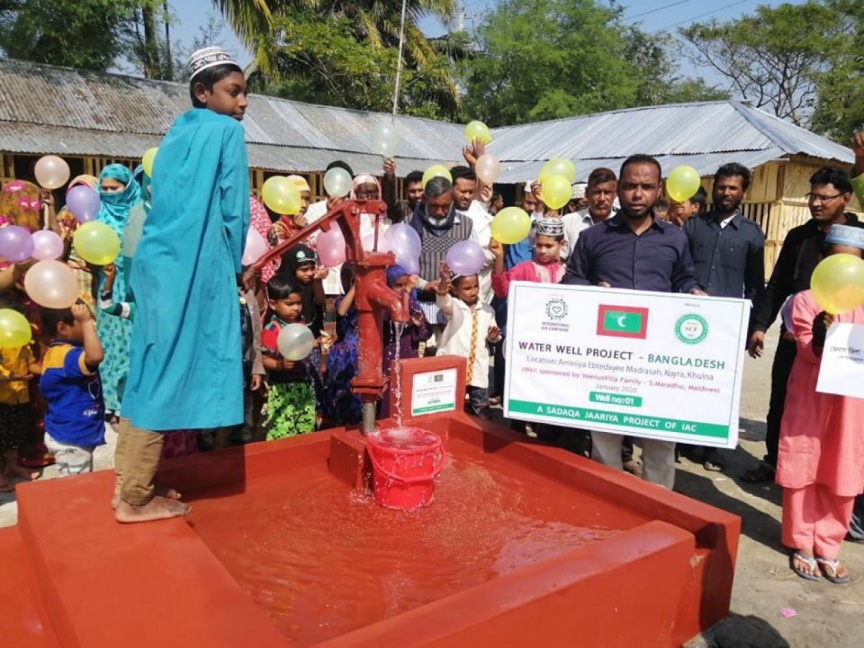 Photo shows members of a community in Bangladesh gathered around a water well set up by a Maldivian family and the International Aid Campaign.

A local organization, The International Aid Campaign (IAC) and a family from the Maldives has established a water well in an impoverished community of Bangladesh.

The well was drilled to provide the families of the community with clean drinking water in a kind act of humanity.

The Bangladeshi village in the Khulna District’s Koira ward has a population of around 350 people. The well is located near the Aminiya Ebtedayee Madrasah. The IAC stated that because of the well, around 150 students and 200 residents of the village will have access to clean drinking water.

Previously, the residents of the village had to travel long distances to access clean water. This is the first time the IAC has set up water well but the organization is heavily involved in assisting Muslims in need all over the world.

The Maldivian family behind establishing the water well has been named as a family from Venusvilla, Maradhoo, Addu city.

The IAC previously worked with the IHH Humanitarian Relief Foundation and the Olive Grove Foundation to set up a school in Syria. The organization is also behind the “Masdhalhu Hadhiya” campaign, which will see 86,400 tuna fish cans donated to those in need in Syria next month.