Minister: No foreigners in Maldivian military, rumors spread to deceive 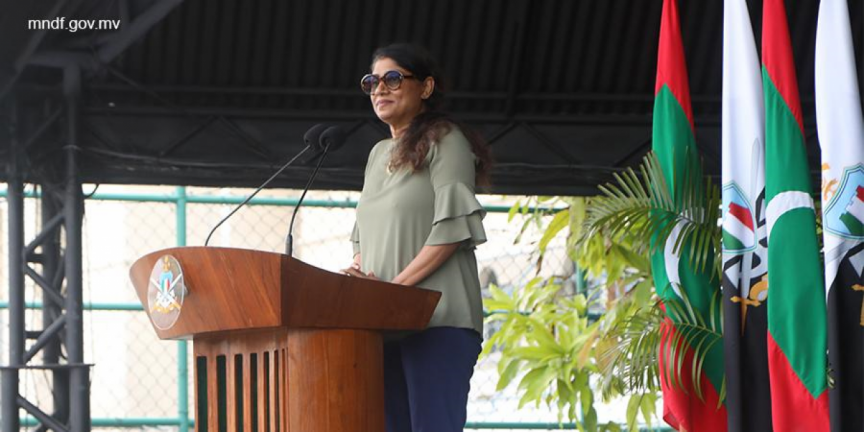 The Maldivian military will not include anyone other than Maldivians, according to the Defense Minister Mariya Ahmed Didi.

The Defense Minister was speaking at the “Fala Surukhee” program of Raajje TV when she stated that there were talks that foreign nations such as India were involved in the Maldivian armed forces. She responded to these rumors by saying that this was an assertion that did not make sense.

“The Maldives does not have a foreign military base. Those rumors are spread to deceive Maldivians.” said the Minister who also noted that India was a historically valued partner of the Maldives in every way.

“In different situations. For instance, when the Maldives were faced with water shortages, India was the first to provide water,” said Minister Mariya.

Minister Mariya attributed the rumors to the fact that the Maldives has military helicopters operated by Indian pilots. She stated that this was not the case and that Maldivians have gotten a lot of help from the helicopters.

'Work done by Customs is integral to national security'

L. Atoll to be developed as a business hub