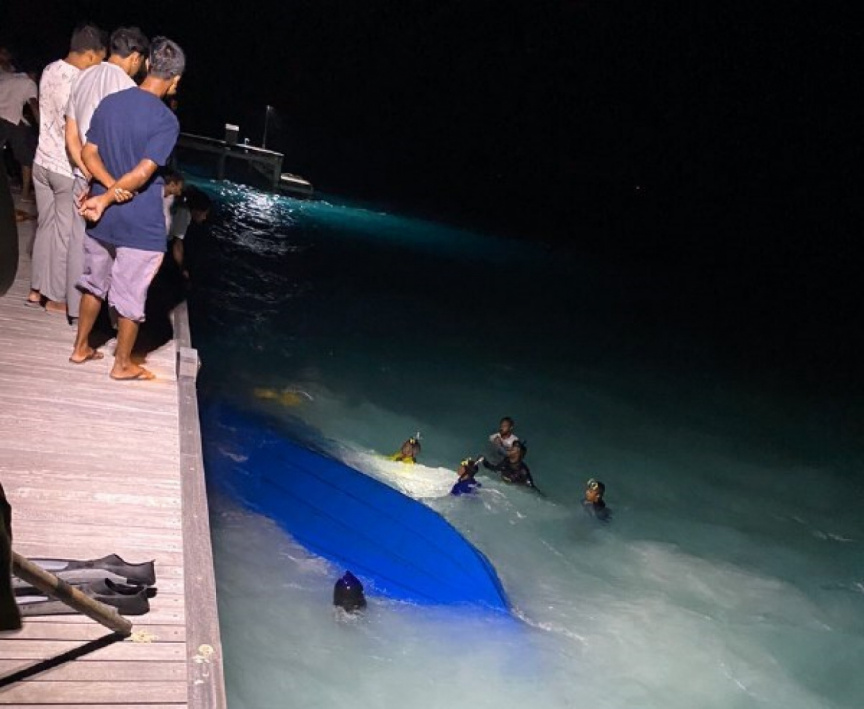 A man drowned after a speedboat capsized in Noonu Atoll on January 22, 2020. Photo shows the capsized speedboat.

A man has been killed after a speedboat capsized in Noonu Atoll.

The incident involving the speedboat, from Noku Island Resort in Noonu Atoll, was reported to authorities around 17:48 yesterday.

Police confirmed that a 51-year old local employee of the resort was killed in the accident.

Seven people were on the speedboat when it capsized. They include four crew members, two tourists and one employee of the resort. A dinghy from the resort had rescued the remaining people on the speedboat after reports of the incident were received.