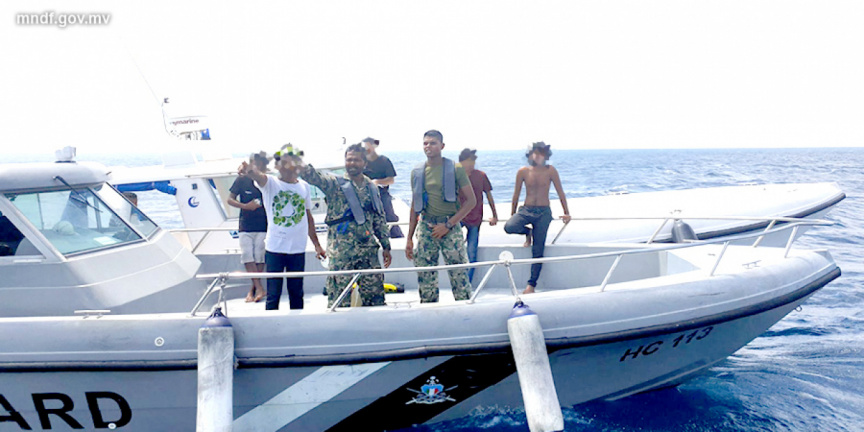 Photo shows MNDF personel with four men who were resacued at sea after the boat they were on sank on January 22, 2020. (Photo/MNDF)

A boat carrying four people has sunk near K. Ithaafushi.

MNDF medial officials stated that the incident occurred around 10:25 in the morning and the boat was carrying four men when it sank near the resort.

The boat was a 40-foot small boat and the men were rescued by a diving boat in the area. MNDF stated that the men were in good health when rescued.

MNDF: Focus on ensuring virus does not spread to Male'

More thermal cameras to be installed for Coronavirus