Shahid criticizes CSC performance, its 'hindrance' to actualization of pledges 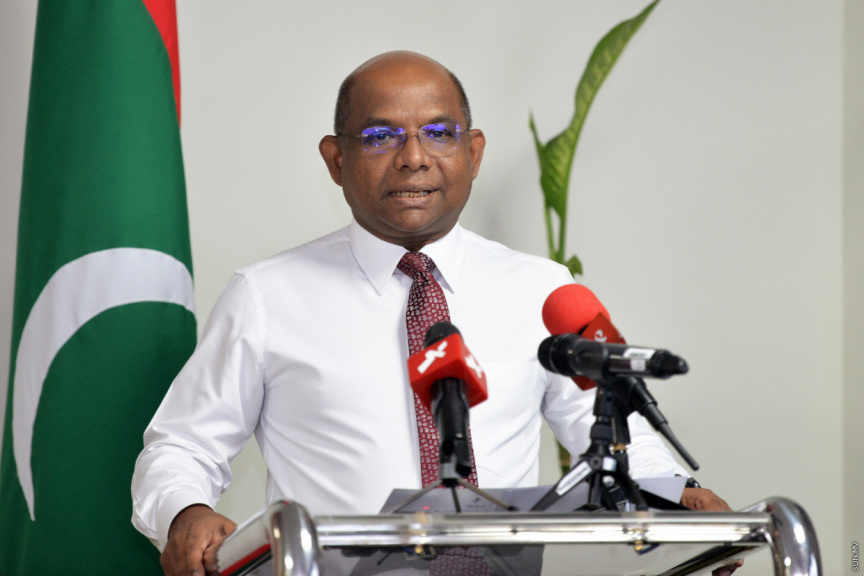 Foreign Minister Abdulla Shahid, on Monday, voiced dissatisfaction over the pace of Civil Service Commission (CSC)’s work, which he said was very slow, and was posing an obstruction to the actualization of the government’s pledges.

He made the remarks at the ceremony held to appoint Aminath Shifana as the Foreign Ministry’s new Permanent Secretary.

Shahid said the CSC had taken three and a half months, which constituted to approximately 104 days, for the process of appointing a PS, and 42 more days before the new PS could be cleared to report for work.

He said he found such a prolonged duration of time just for the task of filling a vacancy unacceptable.

Shahid said the CSC continued to struggle to fill the additional vacancies at the Foreign Ministry even after renewing the vacancy announcement for a second time after the original announcement had expired after the set 28 days.

He said the performance of CSC, which should stand as an example to all civil servants, fell well below the expected standard.

“This shouldn’t be the case. Civil Service Commission should serve as an example. The commission needs to serve as an example to all civil servants. But contrary to this, we are seeing work being delayed and prolonged, and work falling behind to an unimaginable level. I urge you not to continue this,” said Shahid.

Directing his remarks to encompass all State institutions, Shahid said that the State’s ‘machineries’ must work faster, as the actualization of the government’s pledges depended on the performance of State institutions.