Minister: Vaccination to be made mandatory for migrant workers 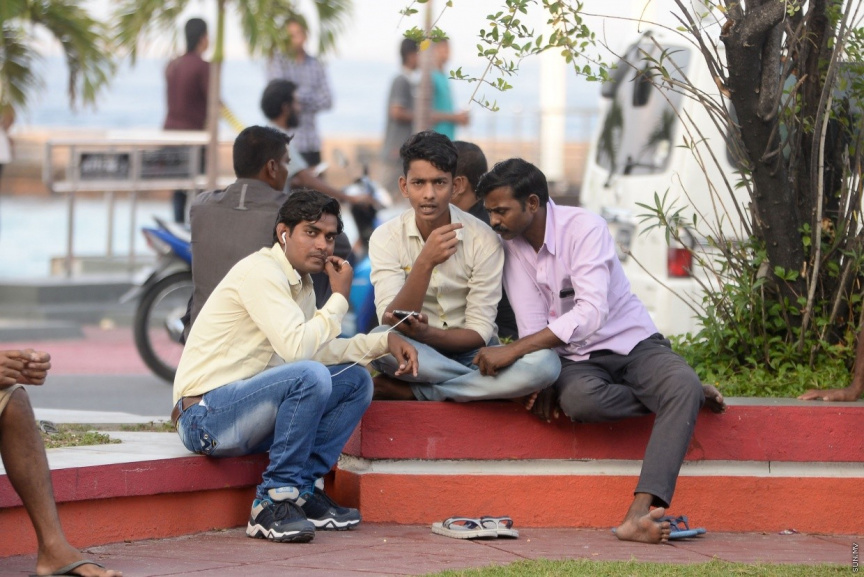 Health Minister Mohamed Ameen has stated that work was underway to make it mandatory for migrant workers in the country to be vaccinated in order to protect the risk of diseases from spreading in the country.

The minister was responding to question posed by the “Sun” in a news conference today to announce the spread of measles in the country when he stated that changes needed to be brought to the policy of migrant workers in the country.

“We have talked about this, but now since the spread of measles in the country, additional work for this will be conducted. Under the current system, migrant workers will also be vaccinated. We want to make it mandatory so that everyone working in the Maldives is vaccinated.” said the Minister.

Work to amend the visa process so that vaccines are made mandatory is also underway.

“Our current focus is on dealing with the current problem before it becomes a bigger problem.” said the Minister.

He noted the importance of adhering and accepting the advice of authorities regarding eradicated diseases and diseases on the road of eradication since the country is visited by a lot of people from across the world.

“The migrant workers are something we must take caution of. Work regarding this is currently underway.” said the Minister.

Health Ministry has officially announced that measles is spreading in the country after two suspected cases were reported within the same week in the country. A third case was earlier reported and is reportedly under treatment.

Second case of measles in the Maldives confirmed