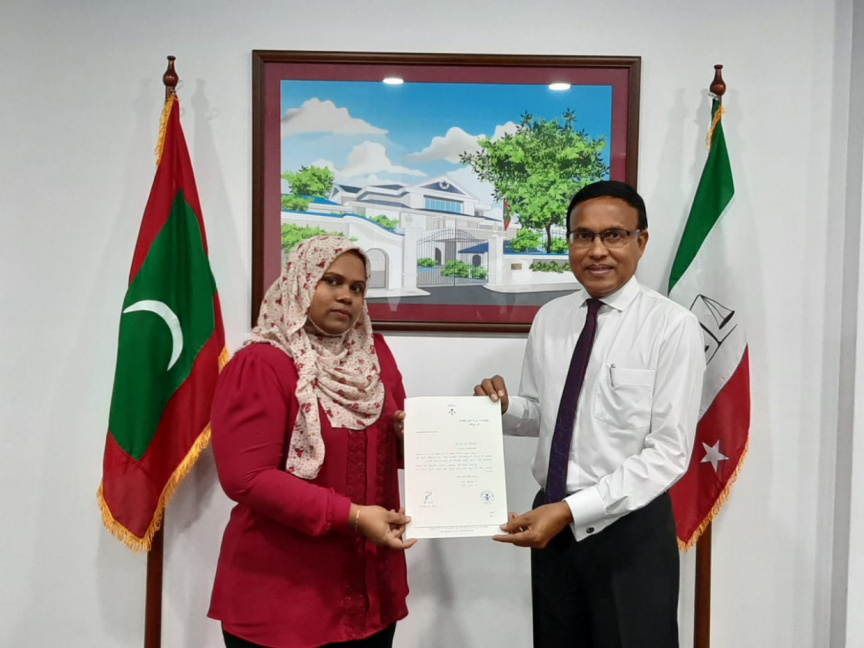 Department of Judicial Administration (DJA) has appointed Uz. Raufa Haidhar from Raiyvillage, S. Hulhudhoo as the Registrar of the Supreme Court.

Raufa has previously served as the Registrar of the top court in the Maldives on a temporary basis from April 8, 2013, to May 7, 2014.

She first joined the Supreme Court on October 19, 2011, as an Assistant Legal Officer and was promoted to a Legal Officer following a change in the framework of legal positions on November 6, 2019.

''Coalition to be blamed for lack of MDP's fair share''