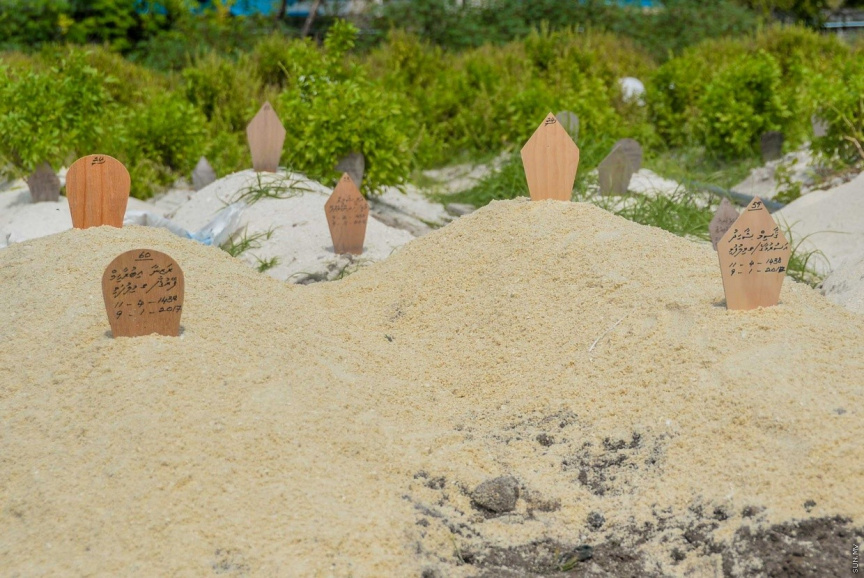 Photo shows burial plots of a cemetery in Male' city.

A Facebook page named “Kashu Namaadhu MV” that published information regarding the Salat al-Janazah or funeral prayers in Islam was provided with false information pertaining to the death of a person.

The page operated by Ahmed Munawar stated that a user messaged the page around 00:03 of January 9, 2020, to publish information regarding the death of a person.

The posters made by the page for the funeral prayers were made following the information, only for the owners of the page to realize that the information they had been provided was false.

The information was regarding the “death” of a woman and her photo was also provided, according to Munawar. After finding out that the information was false, the post was deleted within three minutes. The indecent prank has forced the page to enforce stricter rules for publishing information.

The rules now, allows information to be published only when provided with a death form and an ID card photo of the deceased.

The page was later contacted by the woman and her husband who were the victims of this ill-advised prank.

Kashu Namaadhu MV has around 51,000 followers and has been publishing information of funeral prayers for four years.