VP Faisal: Country can only progress if citizens prioritize each other 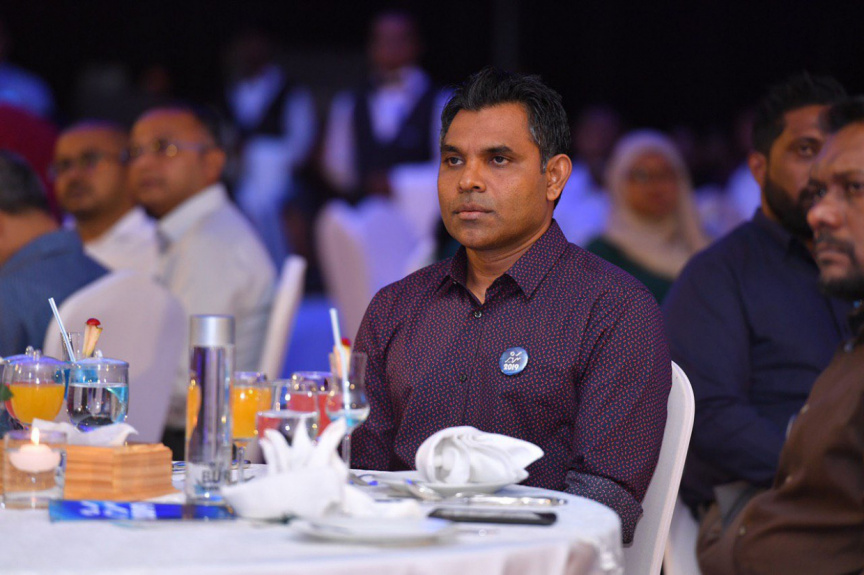 Vice President Faisal Naseem is pictured at the “Ran Aharu 2019” ceremony held to commemorate a successful 2019 by the Youth Ministry on January 8, 2020. (Photo/President's Office)

Vice President Faisal Naseem has stated that the country can only progress if its citizens prioritized each other.

The Vice President was speaking at the “Ran Aharu 2019” ceremony held to commemorate a successful 2019 by the Youth Ministry last night when he said that it was important to realize the rights of the other in order to develop the nation and community. The Vice President also noted that youths of the country were playing a huge role in the development.

The Vice President called on the youths to think deeply about the dangers that are witnessed in the country routinely.

“We should care about each other, and have good manners in communicating. We can only prosper and develop the nation when we know the rights of the other.” said the Vice President.

The Vice President also noted that good health was a blessing for humans and something that everyone should target for. He noted in his speech, the government program named “Dhulhaheyo, Hashiheyo” that was aimed at doing just that.

12 new classrooms to be built in Irushaadhiyya School