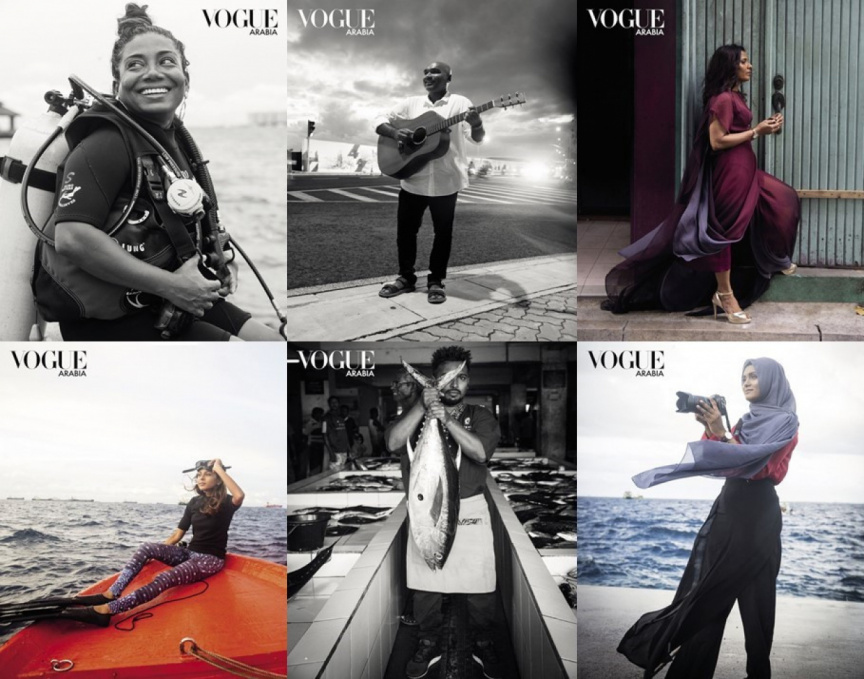 The magazine published by the world-famous fashion and lifestyle magazine “Vogue” in the United Arab Emirates is designated for middle eastern readers.

Their stories were shared with the magazine and depicted their introduction into the respective fields, successes attained and the challenges posed to them.

This is the first time so many Maldivians were featured on an international magazine. Vogue India previously featured Maldivian model Raudha Athif, who became the first Maldivian to feature on the cover of a Vogue magazine.

The Maldives special edition by Vogue Arabia features the Kuwaiti model and actor Haya Abdulsalam on the beach of the Pullman Maamutaa resort as the cover. This was a project run by MMPRC to promote the Maldives.