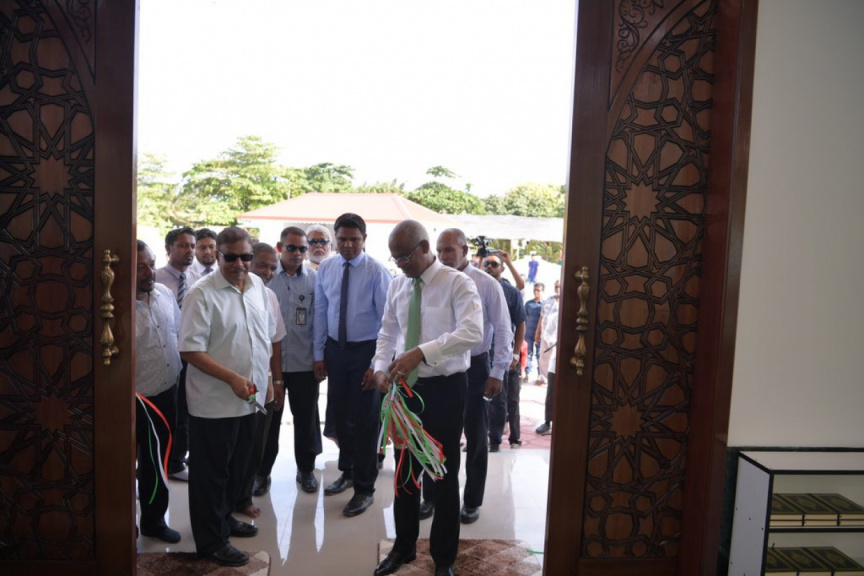 President Ibrahim Mohamed Solih has inaugurated a mosque built by a private citizen in N. Kendhikulhudhoo.

The mosque’s foundation was laid by the President during an earlier trip to the island in March 2019. The finished mosque is named as Masjid Rahmath.

This is the fifth mosque to be opened in N. Kendhikulhudhoo and will be able toa accommodate, 550 people. The mosque will also have separate prayer spaces for women.

The project was funded by a private individual and was completed in 295 days.