Inspections commence for renovation of flats in Hulhumale’ 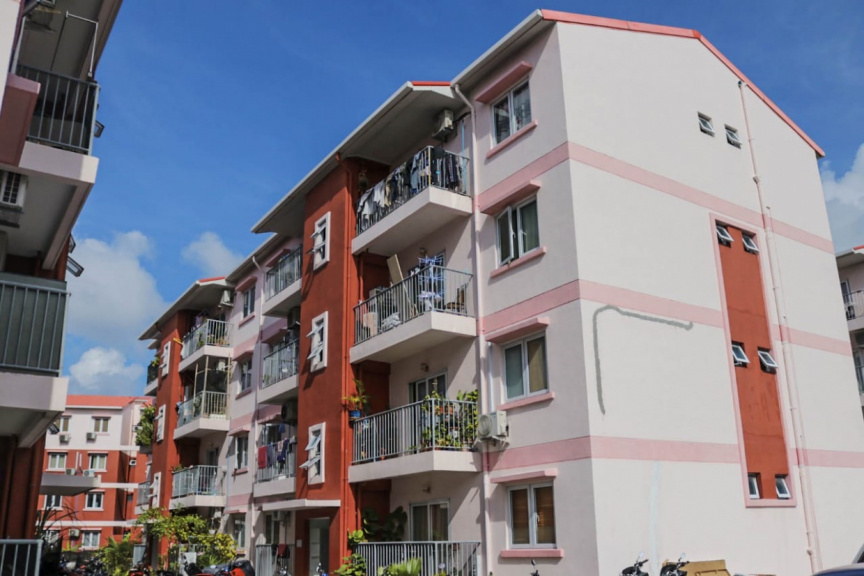 Photo shows flats built by China Machinery Engineering Corporation (CMEA) in Hulhumale'. The flats were issued to residents in 2018, some of whom have raised issues with the flats afterwards prompting the Housing Ministry to carry out an inspection on January 8, 2020. (Photo/Housing Ministry)

Housing Ministry has begun inspections on 704 flats up for renovation in Hulhumale’.

The Ministry stated that the inspections were commenced yesterday regarding complaints received from the residents of these flats, and will conclude by tomorrow.

The flats were built by China Machinery Engineering Corporation (CMEA) under a loan from the Chinese government and were issued to residents in 2018.

Issues such as water leakage among others have been reported by the residents of the flats. The inspections will see officials visit flats where complaints were reported again after maintenance was carried out in May 2019.

Housing Ministry announced that complaints regarding the recently built 704 flats should be submitted to the Ministry before January 16, 2020. Flats from where such complaints are received will be visited by the Ministry to assess the situation, after which the Ministry will announce renovation details for these flats.

Around MVR 1000 is charged from the residents of these flats as a maintenance fee. The flats have a monthly rent of MVR 6000 and a down payment of MVR 25,000.