Tourist statistics cap off a successful 2019, with increase in Indian markets 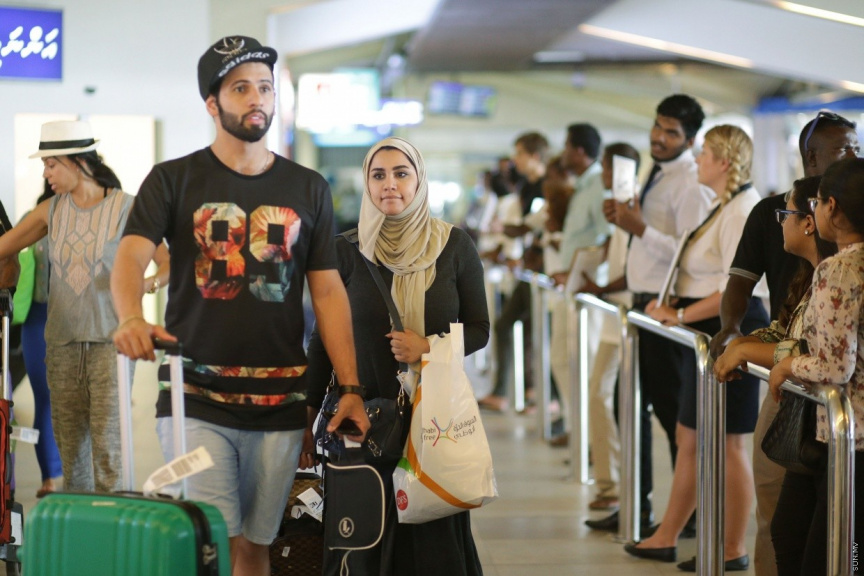 Tourists are pictured at Velana International Airport. According to the Tourism Ministry, 2019 marked the most successful year in terms of tourist arrivals for the Maldives and saw a 14.7 percent increase from 2018. (Sun Photo)

Statistics published by the Tourism Ministry has shown an increase in the number of visitors from the Indian market, making it the market that progressed the most in 2019.

The Maldives received 166,015 visitors from India according to the statistics from the Maldives Immigration registered Tourist Facilities at the Tourism Ministry.

This is an increase of 83.5 percent when compared with the previous year. The increase also means that India became the second biggest market for the Maldives. Previously, India had been ranked as the fifth-biggest market. 2019 saw India share 9.7 percent of the total tourist arrivals to the Maldives.

The increase in tourist arrivals from India can be attributed to the close relationship shared between the two nations. Operations of airlines such as GoAir, Spice Jet, Air India, and Maldivian, which carry tourist arrivals to the Maldives can also be a factor that resulted in the surge.

The country welcomed the 1.7 millionth tourist on December 31, 2019, marking an extremely successful year that Tourism Minister Ali Waheed stated would be overtaken by 2020 if the government policies and strategic action plan are executed accordingly.

According to the Tourism Ministry, Maldives received 171,292 tourists in December alone. Last year marked the most successful year in terms of tourist arrivals and was a 14.7 percent increase from 2018.