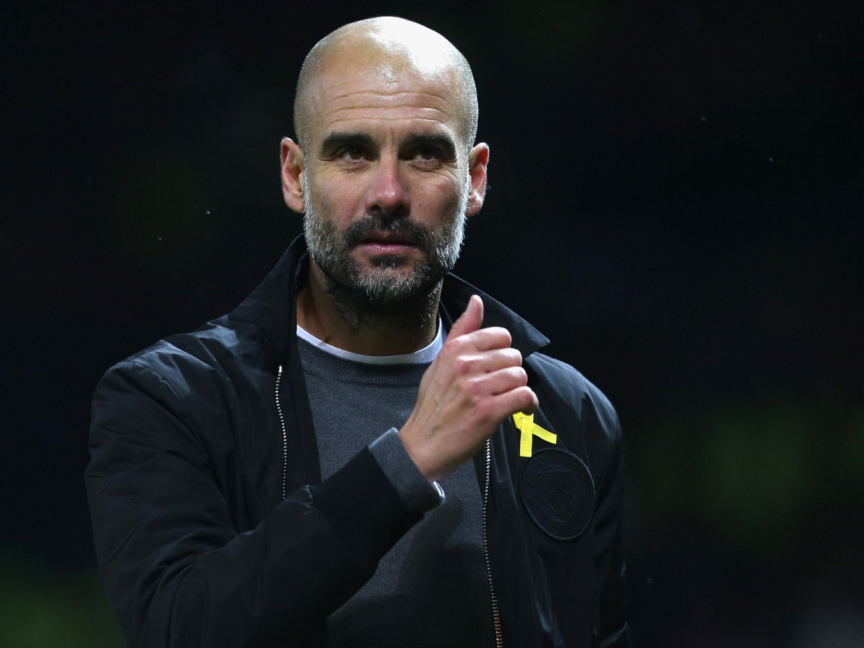 Manchester City coach Pep Guardiola stated that he would rather prefer living in the Maldives than coaching rivals Manchester United on January 7, 2020.

Manchester City coach Pep Guardiola has stated that he would rather prefer living in the Maldives than coaching rivals Manchester United.

The biggest news on the English media currently is the clash of the two Manchester clubs in the League Cup semi-final at Old Trafford tomorrow. A highly anticipated fixture also sees some of the most talked-about coaches and players in the world go head to head.

United won the last match between the two in the Premier League with a 2-1 victory, thanks to goals from Anthony Martial and Marcus Rashford.

However, it is widely seen that Manchester City are the favorites in any clash between the two ever since the departure of Sri Alex Ferguson from United that kicked off the club’s decline. This notion was cemented when Guardiola one of the most coveted coaches in the world took the wheel at the blue side of Manchester.

The former Bayern Munich and Barcelona boss was sought by Manchester United as well as a number of teams before taking over at City.

Guardiola has enjoyed a resounding success since he took over at City and has won the last two Premier Leagues. He has also guided City to an unprecedented domestic treble. While Manchester United is in limbo, Ole Gunnar Solskjer’s appointment has somewhat steadied the sinking ship.

It was natural for Guardiola to be asked about United by reporters at a news conference before the League Cup match.

“After training City, I will never train them (United), I would not train [Real] Madrid [after Barcelona]. I’d be in the Maldives if I don’t have any offers. Maybe not the Maldives because it doesn’t have any golf courses.” said Guardiola. His words have only raised anticipation for the clash between some of the biggest names in world football.

The Maldives is a country that has a large football fan base. The Maldives is a frequented location by several footballers and celebrities on their holidays and there are golf courses in some resorts of the country.