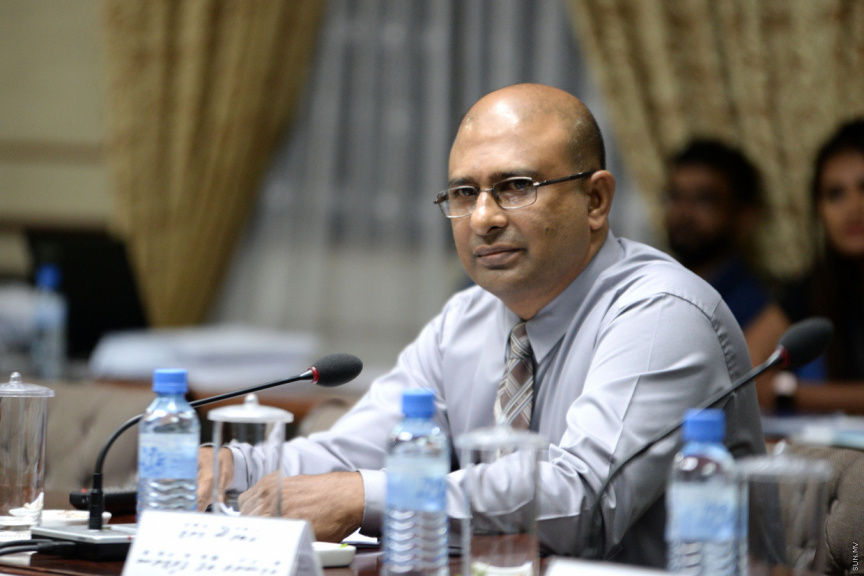 Commissioner of Prisons, Abdulla Munaz is questioned by Security and Bilateral Relations Committee of the Parliament regarding the use of excessive force at Maafushi Prison on June 22, 2019. (Photo/Sun/Fayaz Moosa)

A request has been filed with Anti-Corruption Commission (ACC) for an investigation into Commissioner of Prisons Abdulla Munaz over the allegation he authorized the release of an inmate by citing the reference number of a letter of presidential pardon awarded to another inmate.

The request was filed by a civilian.

It reads that Munaz, knowingly authorized the release of an inmate, Mausoon Moosa (Edhee Villa, L. Gan) by citing the reference number of a letter of presidential pardon awarded to another inmate which had been sent by the President’s Office to Maldives Correctional Service and other relevant State institutions.

It accuses Munaz of abuse of power.

Clemency Act established that only the President, with counsel from the Clemency Board, has the authority to pardon or lighten the sentence of persons convicted of criminal offenses.