Authorities still searching for missing man from accident at sea 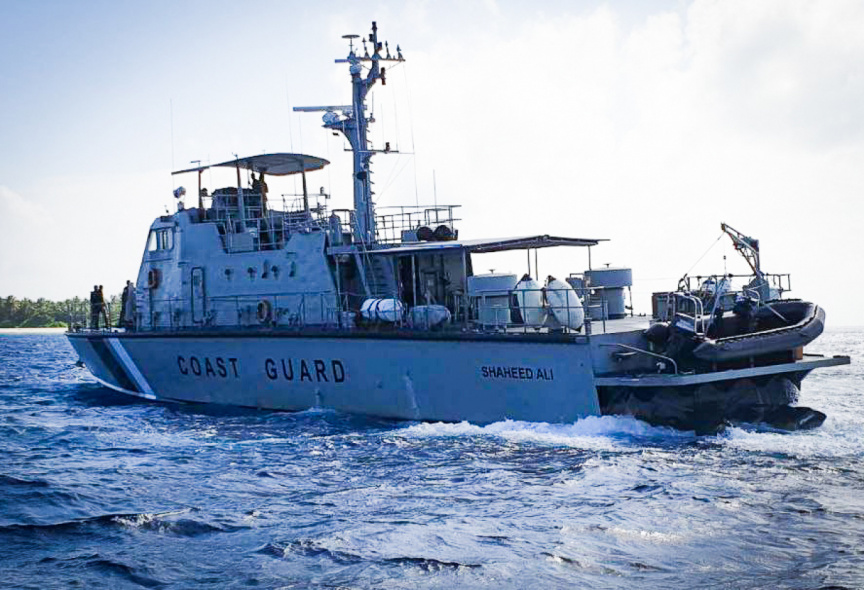 MNDF patrol vessel Shaheed Ali is pictured in B. Atoll. The vessel was utilized in the search for a man who wast lost at sea after an accident that occurred on January 2, 2020. (Photo/MNDF)

MNDF’s Coastguard has stated that the man who was lost at sea as a result of an accident that happened between a speedboat and a dinghy has still not been found.

The accident occurred at sea between B. Dhonfanu and Hanifaru around 19:00 last night. The man who is lost has been named as Nasrullah Abdulla from Mushthareege, B. Eydhafushi. Police and the Coastguard are searching for the man using speedboats and divers.

MNDF Spokesperson Major Ibrahim Azim stated that Coastguard vessels were searching the area of the accident along with a large number of divers who are searching underwater. The authorities are also making the use of a diving robot as well as helicopters to search for the man.

Maj. Azim also stated that MNDF’s vessel Shaheed Ali was also being utilized for the search.

“This work has not yet allowed us to locate the dinghy that sunk, nor the man who is lost. However, the military will continue with the operation to find the man”. said, Maj. Azim.

The collision at sea happened between a dinghy traveling from B. Dharavandhoo and a speedboat from B. Eydhafushi. Some debris from the dinghy which sunk in the aftermath of the collision was found at sea.