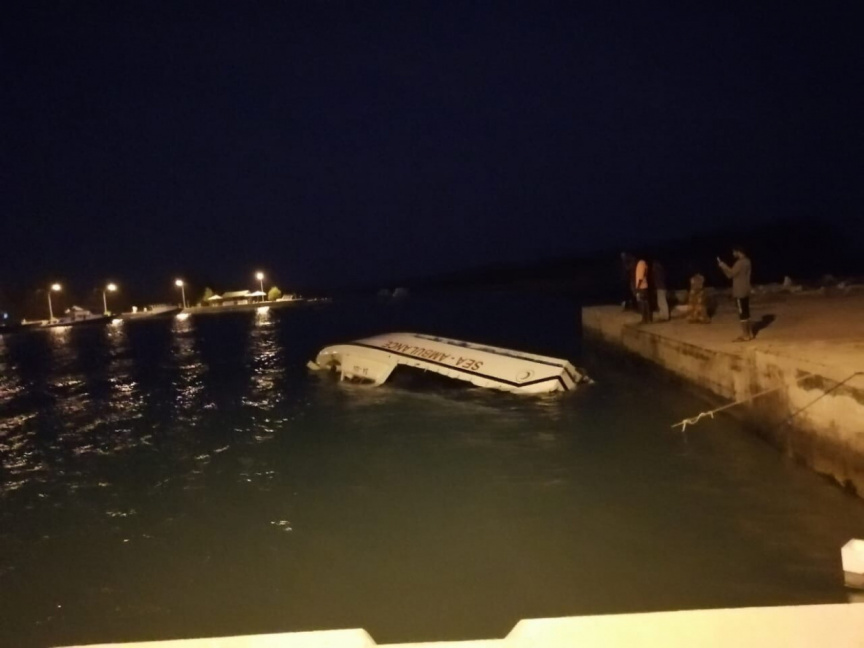 A sea ambulance speedboat collided into the breakwater of N. Maalhendhoo on December 31, 2019. The boat later sank from the damages it sustained. (Photpo/Contributed by a reader)

A sea ambulance speedboat transporting a patient from N. Maalhendhoo to N. Manadhoo was damaged after it collided into the harbor breakwater of the island.

Maalhendhoo council president, Mohamed Shah Moosa confirmed to “Sun” that the speedboat came into collision with the breakwater around 5:20 in the morning as it was being maneuvered out of the harbor.

The collision left the speedboat with serious damages, and it was later berthed at the breakwater with the help of the people at the harbor at the time. No one was injured in the accident, and the patient was later transported to N. Manadhoo by Police.

The speedboat later sank after it was brought back into the harbor.

Muggers on motorcycle crash into woman and child