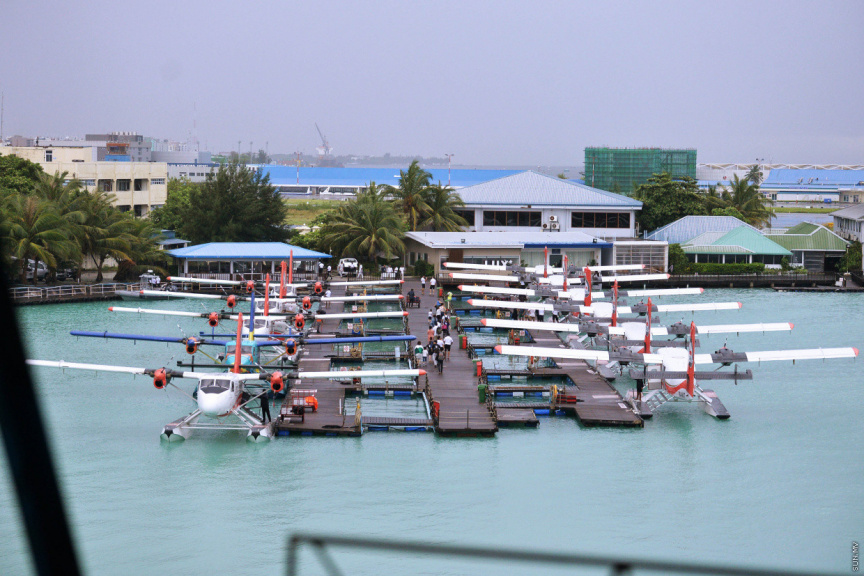 December 18, 2019: Photo is from a tour to show the latest work completed on the billion dollar project to develop the Velana International Airport. The project is expected to be completed by 2022. (Sun Photo/Ahmed Awshan Ilyas)

Minister Fayyaz said in a tweet today that the airport was awarded to MACL after being taken from GMR because the former had the capability to run it, and that there was no doubt in him that MACL could run a “small” seaplane terminal.

“MACL can run a small seaplane terminal. I have no doubts that the company will do so with respect to the agreements made,” said Fayyaz.

The terminal which was developed by the Chinese company Beijing Urban Construction Group (BUCG) for USD 40 million is currently the subject of an investigation by the Anti-Corruption Commission (ACC).

The case seeks to stop the terminal from being awarded to a specific company that might be detrimental to the government and was submitted on December 2, 2019.

Talks that the terminal will be awarded to Trans Maldivian Airways (TMA) that previously surfaced was inquired by the Parliament as well.

On the request of the Parliament, the Auditor General’s office also carried out an audit of the terminal which was not publicized but was reported to be more profitable if run by Maldives Airports Company Limited (MACL) according to some media sources.

Currently, seaplane services in the Maldives are provided by Trans Maldivian Airways (TMA), Maldivian and Manta Air with rumors of a possible entry into the market by Flyme also circulating.